Fayyaz: India could kill us all and capture Maldives if it wanted 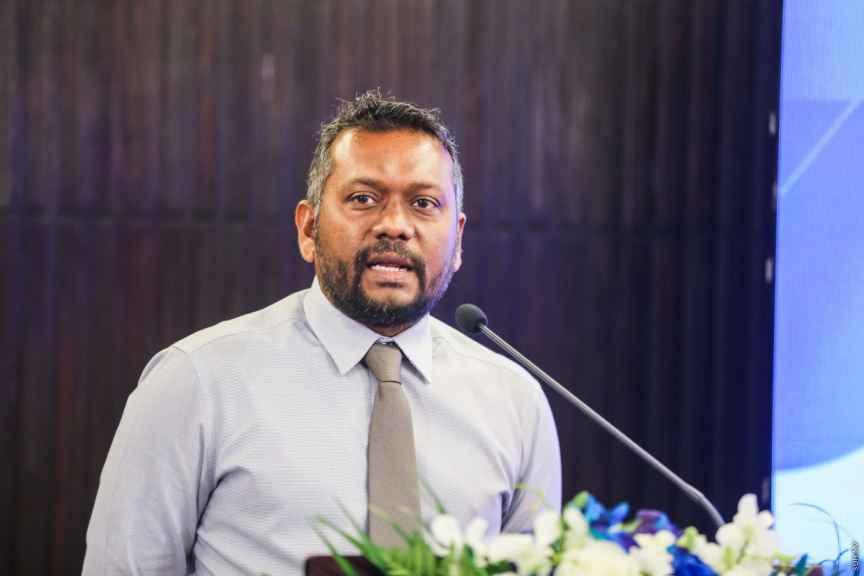 Economic Minister Fayyaz Ismail has declared that India has it within its powers to kill the Maldivian people and capture Maldives, if it wanted to capture the island state.

He made the remark in response to a question submitted by a listener during Dhivehi Raajjeyge Adu’s radio show ‘Ahaashey Bunaanan’ on Saturday.

Fayyaz said that India would have already captured Maldives if it wished to do so, and that there was “nothing that could be done to prevent it”.

He said that he wasn’t questioning the prowess of the Maldivian military, but that India was far more powerful in comparison.

“I’m not saying the [Maldivian] military isn’t functional. I’m saying that they are a far more powerful country than the military. They can accomplish it by killing all of us if it wanted.  And not just them, far smaller countries too,” said Fayyaz, responding to a question over the merits of a foreign policy that disproportionately favors one single bilateral partner.

Fayyaz said that no country can survive on its own, whether America, Russia or China.

He said that the most outstanding feature of Maldives’ foreign policy was its ready cooperation with everyone within the international community, and that the policy had remained unchanged throughout changes in administrations, and dated back to the age of sultans.

He praised the current administration’s diplomatic relations with India.

“This administration is paying special attention to neighboring countries. We have adopted the India First Policy. Because it cannot be denied India is a powerful country in the region. A country we share centuries of historical relations with,” he said.

“Check our DNA and it will be relatively similar. We have a shared culture. And it also has the second largest Muslim population in the world.”

Fayyaz said that it Maldives and India share close historical, cultural, economic and political ties, and described reinforcing Maldives-India relations as the main pillar of the current administration’s foreign policy.

But this does not mean Maldives is cutting ties with the rest of the countries, he said.

'Restrictions must be eased to boost arrivals'