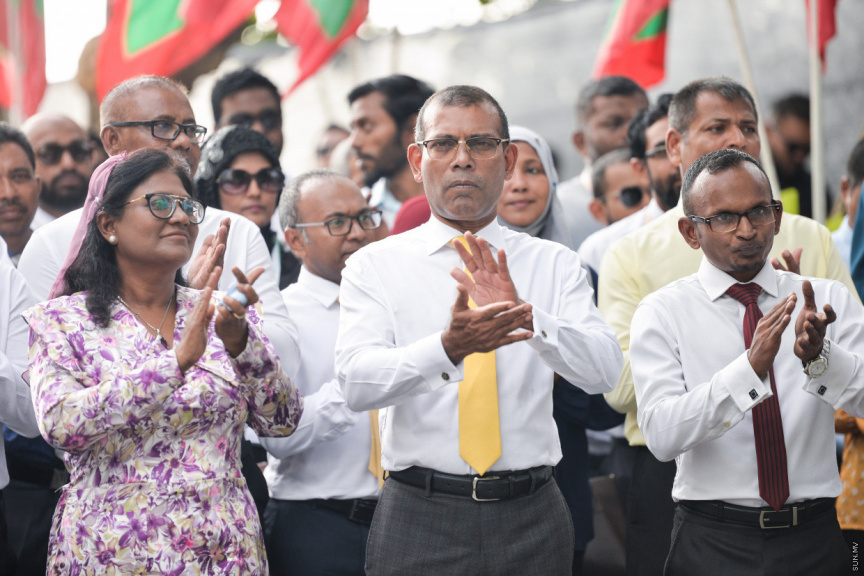 Speaker of the Maldivian Parliament and leader of MDP Mohamed Nasheed has issued a stark warning to Male' City Councilors as a vote of no confidence regarding Mayor Shifa Mohamed looms closer.

The Council has presented 39 issues against Shifa including violations of financial regulations, disregarding the decisions of council committees, and pursuing her own decisions.

Mayor Shifa was granted ten days to respond to the allegations presented on August 18. A vote on the matter will be heard today.

A member of the Male' City Council who wished to remain anonymous, stated that a message was received from an MDP official saying the party president Nasheed wished to meet with councilors.

At the meeting, Nasheed presented a written document that stated that a vote of no confidence against the Mayor or Deputy Mayor who were elected under MDP slots, can only be taken with the approval of the national congress of the party. Reprimandations against those in violation of the policy was also included in the document, said the Councilor.

Action taken against such violations includes expulsion from the party which could, in turn, result in the incumbent councilors contesting in the next elections losing their party tickets, Nasheed had informed them during the meeting, said the Councilor.

Nasheed also added that the resolution to make it so would be passed by the party congress.

The unnamed councilor described Nasheed's move as a threat that could make councilors hesitant.

"Nasheed is Speaker of the Parliament. Leader of the party. That is an act of threat. I believe that if something like that happens, it should be looked into." said the Councilor.

The Councilor said that Mayor Shifa was also there during the meeting.

"Even if it is something Nasheed did, it is a very unmannerly act. Nasheed also threatened some Councilors." said the Councilor.

He added that Mayor Shifa was still the leader of the Women's Spirit branch of MDP, despite her term expiring a year ago.

"Now you know how much democracy is there within the party. The election is not held. It is there like that when the term expired. The congress had also not extended it. So Mayor Shifa has special incentives." said the Councilor.

Eight members of the Male' City Council voted for the no-confidence motion against Shifa. Deputy Mayor Shamau Shareef is among the two that voted against the motion.

Shifa has already lost the party ticket for the mayoral election in the next local council election. MDP secretary-general Anas Abdul Sattar won the party primary over Shifa.

School dropouts on the rise, moving towards crime