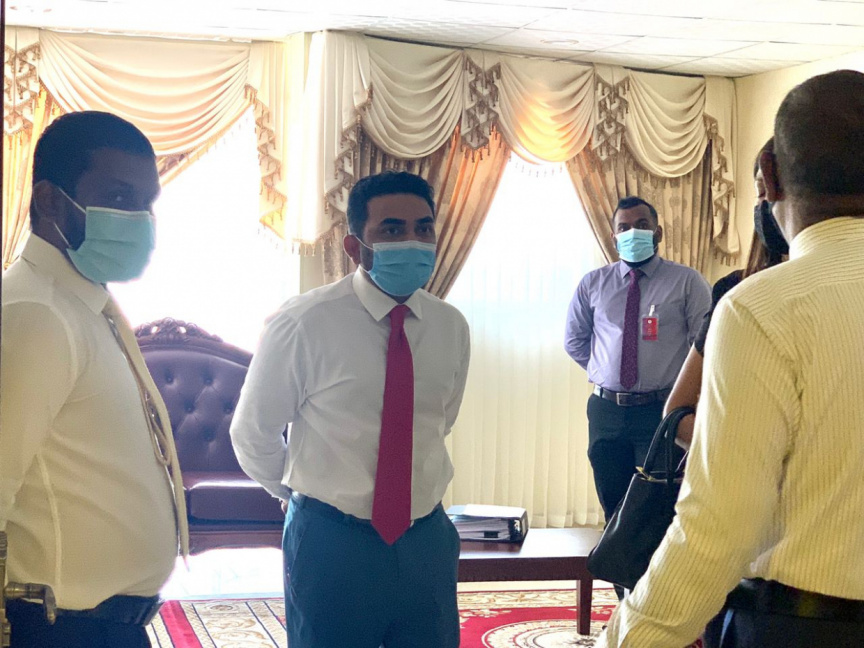 The Committee on Public Accounts is to issue an order to summon the suspended Financial Executive of the Health Ministry Ahmed Aslam and Health Ministry Bid Committee chair Nishaama Mohamed to the parliament after the pair failed to attend today’s meeting.

The two are suspended for their involvement in procuring ventilators to the Maldives, which the Auditor General found to have misconduct. They were summoned to the Parliament Committee which is making a formal inquiry into the matter.

Health Minister Abdulla Ameen, who sidelined himself from duties after the report was issued, attended the parliament as well as nine other Ministry officials. Those who did not attend the Committee are Nishaama and Aslam who the Audit Office said have the biggest involvement in the misconduct.

The pair said that they did not attend upon the advice of their legal counselors due to the investigation by the Anti-Corruption Commission and Police.

However, some MPs such as Dhaandhoo MP Abdulla Yaugoob argued that Nishaama and Aslam were very important to the Committee inquiry and did not support carrying on the Committee. MP Yaugoob said that the proceedings if carried on, would give an unfair advantage to some.

Committee member and MP for Hanimaadhoo Abdul Gafoor Moosa requested for an order to summon the two, which was supported y many MPs on the Committee.

Committee chair and MP for Kinbidhoo Mohamed Nashiz then requested for an order to summon the two for the Committee meeting at 14:00 tomorrow. MPs also requested all documents related to the matter.

The compliance audit report on the Health Ministry’s COVID-19 related spending was released on Sunday and states there is reason to believe the procurement of ventilators from overseas involves fraud.