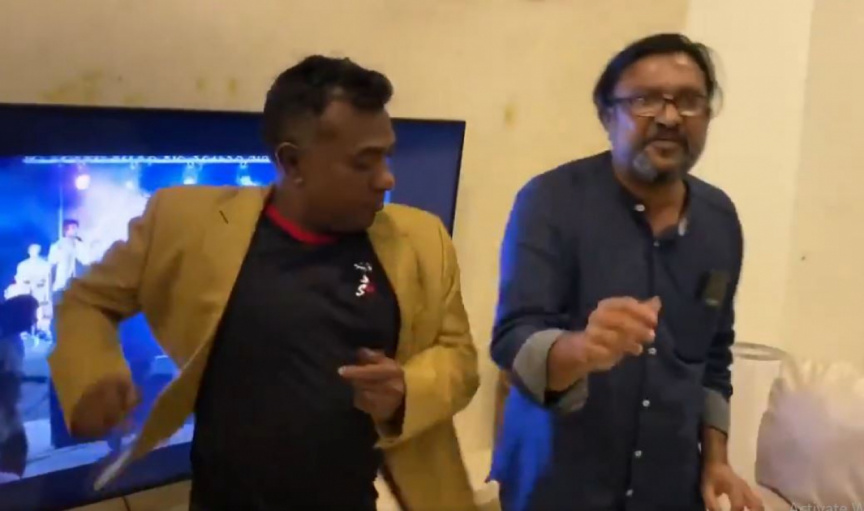 Screen grab from video of Abdulla Jabir (L) and Meyna Hassaan (R) dancing after the latter signs with DRP.

Jabir, who serves as the parliamentary representative for Kaashidhoo constituency, announced Meyna Hassaan joining his party in a tweet on Tuesday night.

He described Meyna Hassaan as “Maldives’ number one legend”.

“The decision by my brother to join political work is motivating! I am one of his greatest supporters, [he is] Maldives’ number one legend!” said Jabir.

After he put his signature on the party membership form, Meyna Hassaan embraced Jabir, and said that he intended to make DRP the most popular political party in Maldives.

“I embrace my leader tonight with good intentions to make this party the most loved party among the beloved people,” he said.

The signing ceremony took place with a television in the backdrop playing one of Meyna Hassaan’s most popular songs “Vaguthu Nethey”.

After Meyna Hassaan delivered his remarks, both he and Jabir danced to the song.

DRP was the second political party to be registered in Maldives. Jabir, who was previously a member of Maldivian Democratic Party (MDP), joined DRP in July 2019, and soon after took over the party’s leadership.