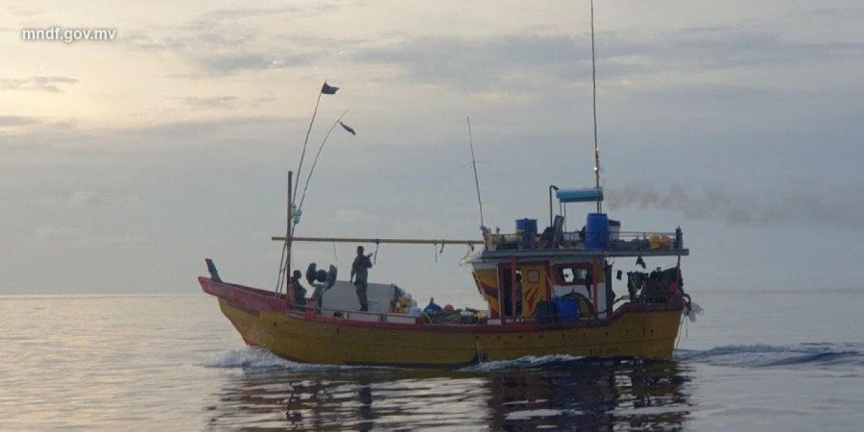 The Maldivian Coastguard has captured a foreign fishing boat engaged in illegal fishing in the Maldives Exclusive Economic Zone.

Maldives National Defense Force (MNDF) announced the boat was captured from 37 nautical miles off the eastern coast of M. Atoll on Friday.

There were six people on board the fishing boat.

MNDF has yet to disclose the nationality of the six people.

The foreign fishing boat was spotted and reported to the Coastguard by local fishing boats ‘Asaree’ and ‘Asuruma 2’.

Missing speedboat at sea found, everyone on board safe