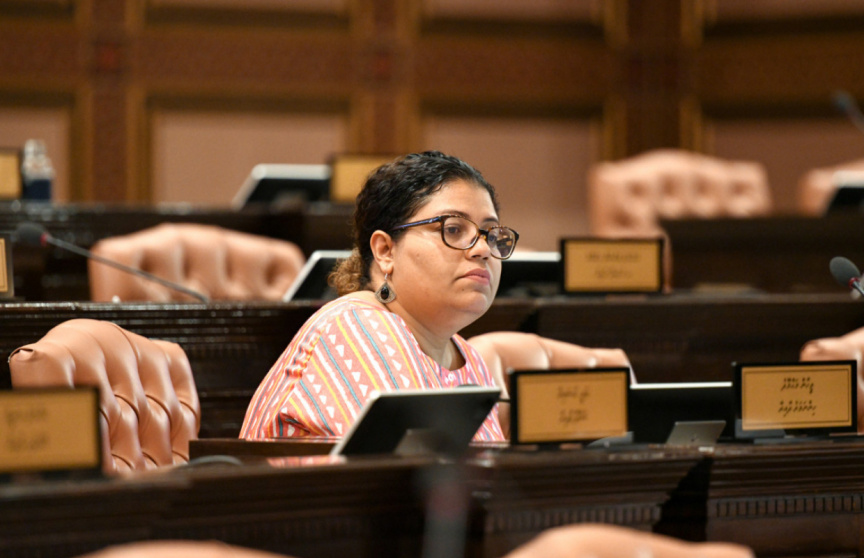 Anti-Corruption Commission (ACC) has launched an investigation into the evaluation of applications for land from L. Gan, including how Hinnavaru lawmaker Jeehan Mahmood was awarded land from the island.

A spokesperson from ACC told Sun on Thursday that the corruption watchdog is investigating how the L. Gan Council evaluated applications for land from the island.

The spokesperson confirmed the ACC is also looking into how Jeehan’s application was selected by the council.

The spokesperson said the investigation was initiated by ACC following media reports of the controversy surrounding the project.

Jeehan is from Lh. Hinnavaru and resides in Male’ City. Her connection to Gan is through her husband and the couple’s two children who are registered residents of Gan.

She was on a list of 400 applicants who were confirmed for land from Gan. However, the list released by the council last week shows Jeehan was awarded 10 points as a resident of Gan, despite the fact that she resides in Male’ City.

This led to allegations the lawmaker secured the land through corruption – allegations she denies.

Following backlash, Jeehan sent a letter to Gan Council on Saturday relinquishing her claim to the land and asking for her application to be cancelled.

Gan Council, in a statement on Monday, said that Jeehan was awarded the 10 points as a resident of Gan in accordance with the criteria set by the application evaluation committee.

“Though such parties may reside outside of the island, they will be awarded points as a resident of Gan. As such, points were awarded to all applicants who fit the criteria,” said the council in its statement.

Therefore, the points were awarded in violation of this previous criteria released by the council.

Jeehan received 71 points. She will be left with 61 points after deducting the 10 points awarded to Gan residents.

The person on the bottom of the 400-people list released by Gan Council had scored 67 points. This means that Jeehan, if her application had been evaluation based on the criteria previously released by the council, will receive 61 marks and will not make it on the list.

Some 1,400 people had applied for the 400 parcels of land from Gan, which marks the first time for land to be issued from the island since 2007.

Maavarulu Airport to open on July 1