President: Economic activities cannot recommence unless virus is wiped out 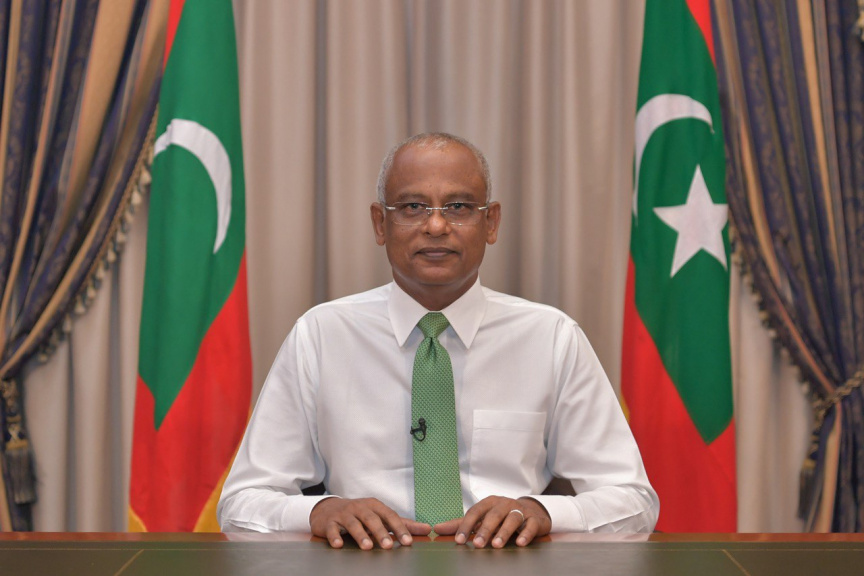 President Solih has stated that the economic activities of the country cannot recommence without the extermination of the virus.

The president was addressing the nation as the country welcomed the month of Ramadan during the situation with COVID-19 when he made the remarks.

Stating that the government was working to ameliorate the burden on the public by providing essential services without interruptions the President appealed to the assistance of the public in order to do this.

“To succeed in this work, the assistance of beloved citizens is very much needed by the government. This is the time to reduce and move away from lavish squandering and economize our sufficiency and resources.” Said the President who added that this was one of the most basic principles of Ramadan and called on the public to acquire and adhere to the principles.

The holy month of Ramadan is the month of Quran, and the President stated that the most important lesson to be learned from the holy book was to assist each other, convey kindness and compassion, and to take care of the needy which will be rewarded by Allah (SWT) during the difficult times experienced.

The President stated that even though the majority of the country were confined to their homes due to the virus, everyone had family members out there doing important tasks for the country and its people and that this was something that should not be forgotten.

The President noted the MNDF officers, Police, medical professionals, and delivery workers as some of these figures who were contributing an invaluable service.