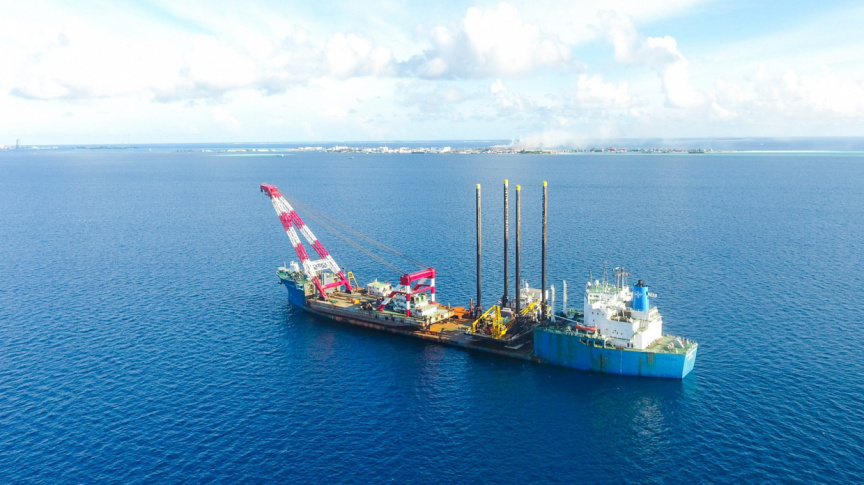 Planning Ministry of Maldives has announced that work on drilling boreholes for the Male’-Thilafushi bridge project has begun and has cautioned those traveling in close proximity to the area to be alert due to the work.

Prohibitions on swimming and diving in the area have also been implemented. Equipment for the project was imported to the country on March 10. The project was awarded to a Dutch company for USD 15 million.

Work on the massive Male’-Thilafushi bridge project is set to commence in September of 2020. The project is conducted with the assistance of India and is estimated to cost USD 488 million (MVR 7.6 billion).

The government has stated that the construction of the bridge would ease businesses and transport in the Male’ city area and provide economic benefits to the country. The go-downs and storage units in the capital would also be changed to the industrial area and would also provide conveniences in cargo transportation.

Agreement of Thilamale’ bridge to be signed this month