Man tested positive for Covid-19 in Chile had visited Maldives 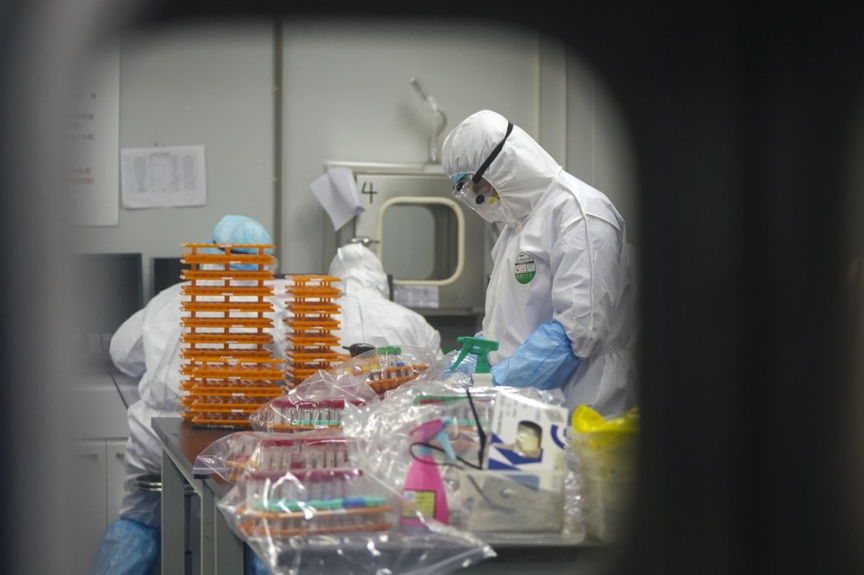 This Saturday, Feb. 22, 2020, photo released by Xinhua News Agency, shows medical workers in protective suits at a coronavirus detection lab in Wuhan in central China's Hubei Province. The fresh national figures for the disease that emerged in China in December came as the number of viral infections soared mostly in and around the southeastern city of Daegu, where they were linked to a local church and a hospital. (Cheng Min/Xinhua via AP)

A case of the Coronavirus tested positive from a man in Chile who had also visited the Maldives has hit the spotlight.

China’s Xinhua news agency cited the Chilean Institute of Public Health when it reported the first case of the disease in the South American nation. The case involved a 33-year-old man in the city of Talca in central Chile who had recently traveled extensively through Asia and returned via Europe, according to the Institute of Public Health (ISP).

The man had traveled for almost a month and had visited countries such as Singapore, Malaysia, Indonesia, Maldives, and Spain before returning to Chile, according to Chilean authorities.

Maldives health ministry stated that it was looking into the matter when contacted by “Sun”.

The man returned on February 25 and began to have respiratory symptoms on March 1, according to Chilean officials quoted by Xinhua. The officials added that the proper steps were taken to treat the patient after he tested positive for COVID-19.