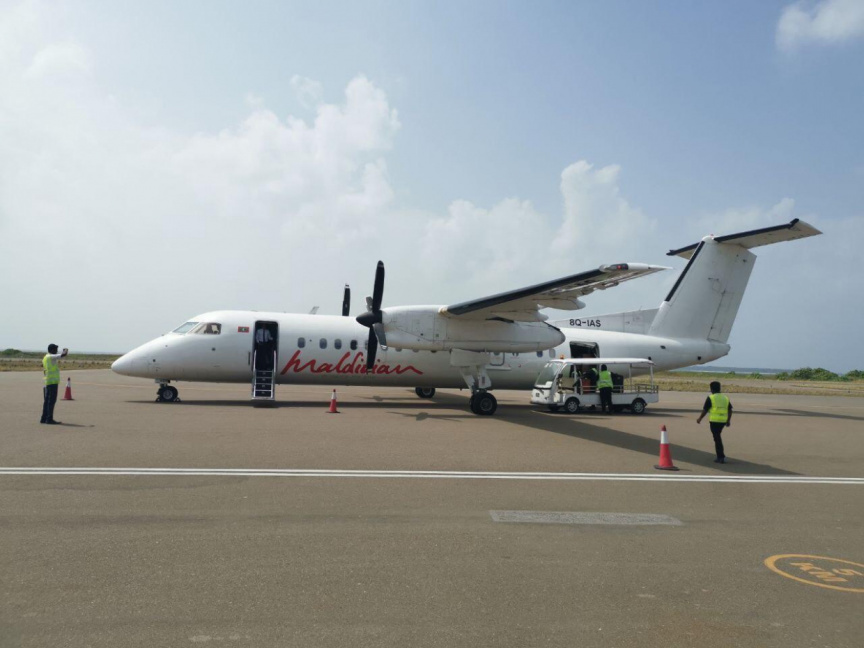 The domestic airport in B. Dharavandhoo welcomed the 30,000th flight since its opening in 2012.

The airport, one of the busiest in the country welcomed the 30,000th flight at around 11:05 in the morning. Three airlines operate to the airport located in B. Atoll, which is an extremely popular location with tourists.

The airport is operated by Island Aviation Services. The aviation industry in the country is still being developed and the country currently has 13 airports, with four international airports.

4 arrested over the gangrape of a minor