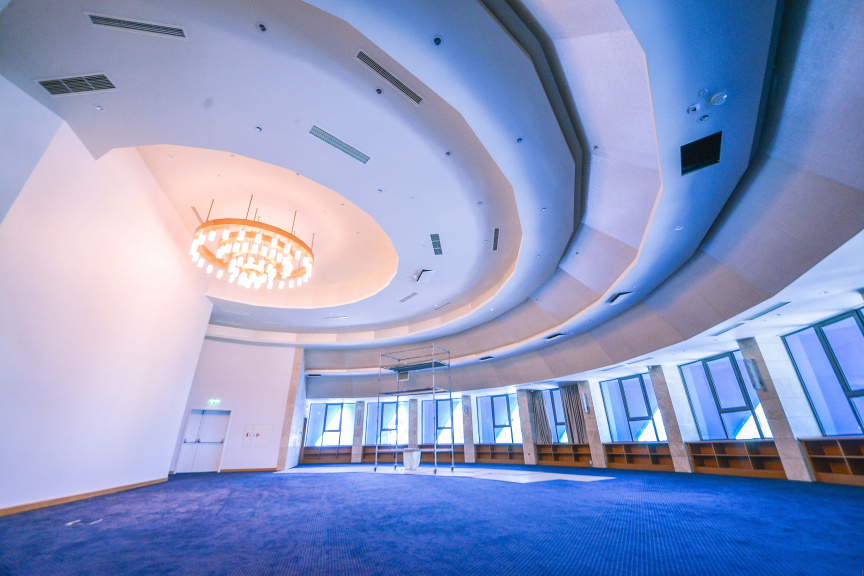 The massive King Salman Mosque being constructed on the eastern edge of Male’ city is nearing completion with almost 91 percent of the project already finished.

A Planning Ministry official stated to “Sun” that all the work included in the scope of the contract for the mosque, constructed with the aid of Saudi Arabia, will be completed within January.

Currently, work is being carried out on landscaping, lighting and travertine tiling works on the parapet walls, as well as some interior designing work.

Work on the parking zone near the mosque will be commenced in January, according to the official. The government had pledged a 44,100-foot area for parking near the mosque. Planning Ministry has previously estimated that 4000 worshippers can be accommodated on the first and second floor of the mosque.

The mosque had undergone some design changes due to funding difficulties. The government had previously estimated that around 10,000 people would be able to pray at the mosque. Around USD 14.5 million was provided by the Saudi government. The remaining amount from the total USD 25 million was funded by the Maldivian government.

Inspector: Force was used after duties were obstructed