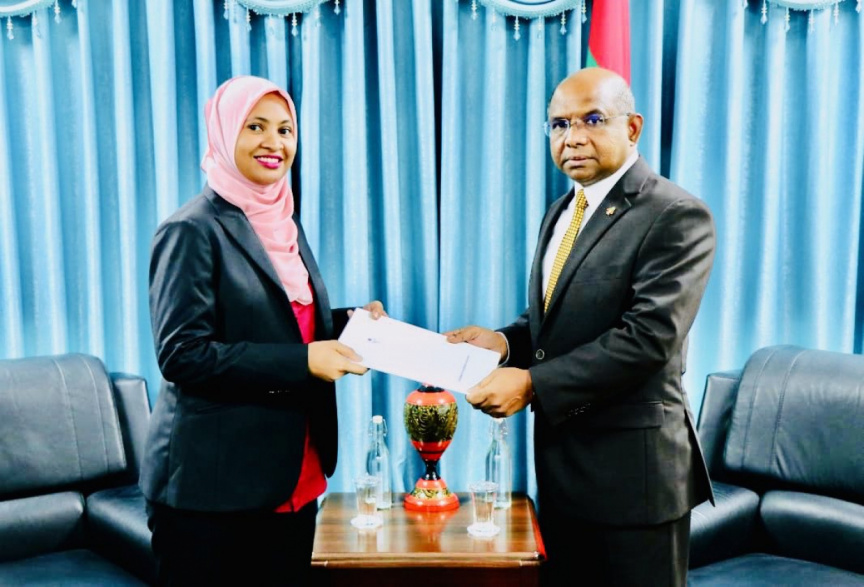 Aminath Abdulla Didi was appointed as the consular general of the Maldivian Consulate in Trivandrum, India. (Photo/Foreign Ministry)

Aminath Abdulla Didi has been appointed as the consular general of the Maldivian Consular General in Trivandrum, India.

Ms. Amintha previously served as the permanent secretary of Foreign Minister before her appointment. Ms. Aminath also served as the director of the foreign ministry in a 17-year long career in foreign affairs sector.

The newly appointed consular general has a Bachelor’s Degree in Business Administration from Bangalore University as well as a Masters Degree in International Relations from the Monash University in Malaysia.

While her appointment is significant, it should be noted that out of the 17 diplomatic missions of the Maldives established abroad, eight are headed by a female.