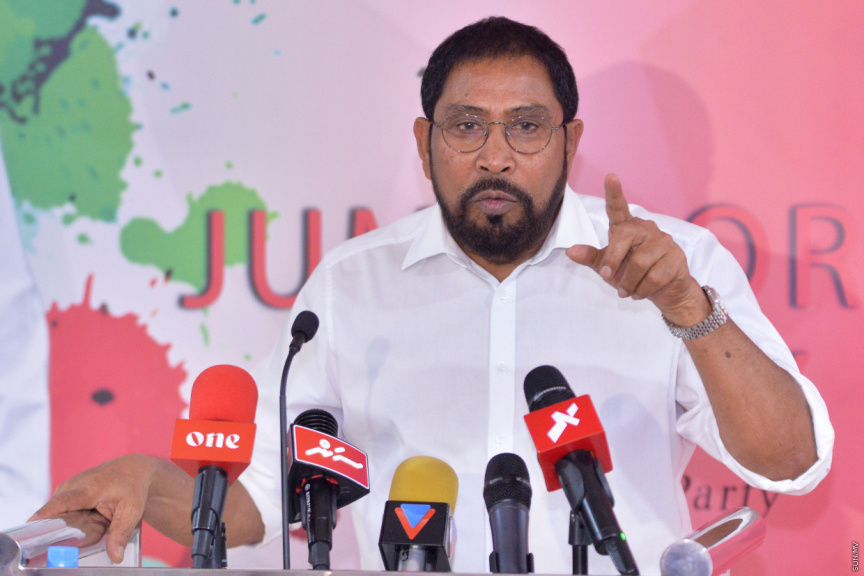 Maamigili MP Qasim Ibrahim has called on his Jumhooree Party members to contest and win all the seven seats on the Maamigili council in the upcoming local council election.

MP Qasim was speaking at a rally held in Maamigili last night when he urged residents of the island to “come out and elect JP members” to the Maamigili council seats.

“We have to prepare for the upcoming days to elect seven JP councilors, god willing. We will do this peacefully with respect to Islam and without contradicting the law,”

“I guarantee that things (projects) that are not beneficial to the public will not be carried out here,” said Qasim. The MP also unveiled the campaign slogan of JP for the council elections next year. The slogan is named “Fuhdhuntheri Dhiriulhun” in Dhivehi, which loosely translates as “an ample life”.

Qasim also criticized the amendment brought to the law that designates one-third of the council seats to women. He said that the law was against the constitution, but also expressed his desire to see strong female leaders in the Maldivian community.

Speaking further, Qasim called to empower women even more and increase their participation in the community.

JP leader Qasim: I’m not a politician, I’m a reformist