Mary, Ayya and Gais to be appointed to Broadcom 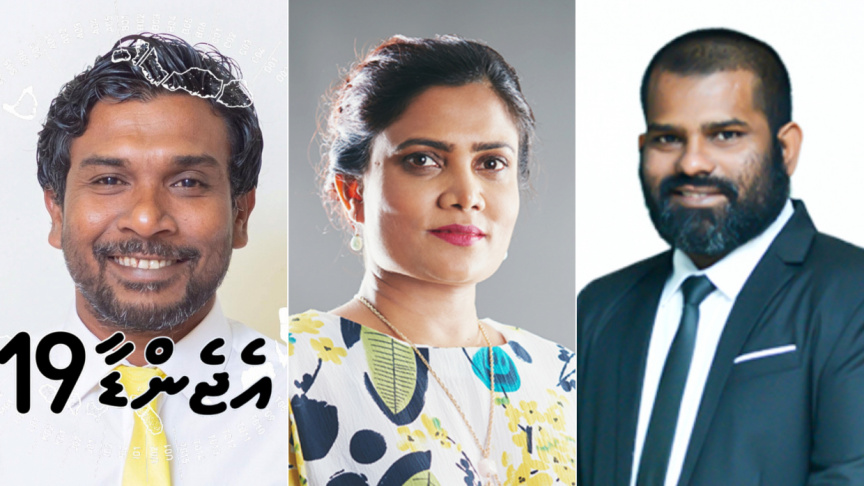 Ali Yoosuf (Ayya), Mariyam Waheedha (Mary) and Ahmed Gais (From R-L). MDP PG group agreed to approve the candidates nominated by the President for the Broadcasting Commission on December 3, 2019.

The Parliament will vote on whether to give its approval to the three names put forward by the President for the Commission. There are currently four vacant seats on the Commission.

The first vote will be for the seats vacated by Ismail Sofwan and Hassan Nabaah. The names put forward by the President for the seat in the preferred order are Sangu TV presenter Shifla Ibrahim, MDP activist Gais and former journalist Ali Yoosuf.

“Sun” has learned that the MDP PG group will not vote for Shifla Ibrahim but the remaining two names for the seat.

The next vote will be for the seat left vacant by the former President of the Commission Mohamed Shaheeb. Out of the four names, experienced presenter Mariyam Waheedha’s name tops the list and MDP MPs are expected to vote for her.

Fazeen on top of list of nominees for BroadCom

Mazeed and Saamith to be charged for 3 big murders