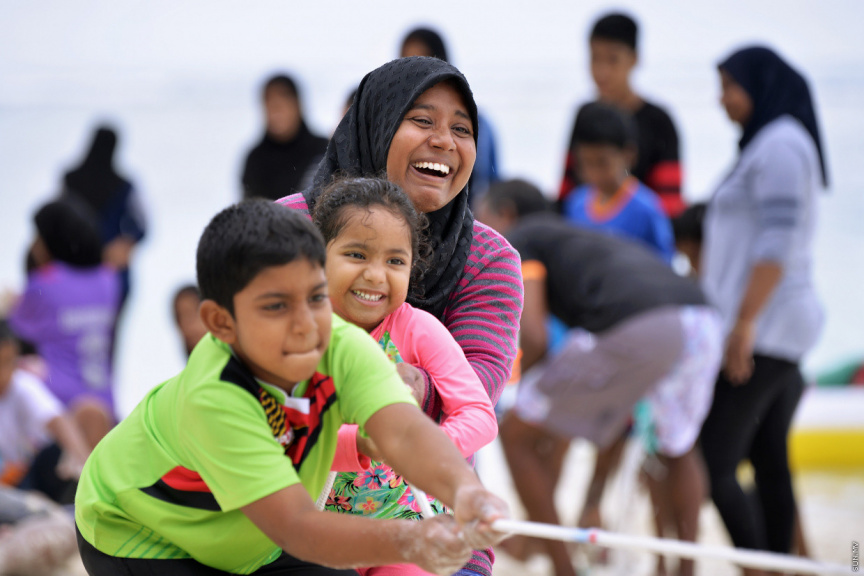 The first activity of the most colorful event to be held in the Maldives Ooredoo Color Run has begun today.

The Moodhu Ufaa activity was carried out in the Hulhumale’s beach area and saw a large number of participants including families and children take part. A sandcastle building competition named “Veshi Hunaru”, bucket games as well as a tug of war competition was held as part of the activities today.

One of the heavily anticipated activities of The Color Run is the Kite Festival to be held in the evening of today in Hulhumale’ central park. The activity named “Gudi Mahaasamaa” is expected to attract a large number of people with kite making sessions and flying sessions planned to be conducted.

The 5k run will be held with colorful and fun activities for participants tomorrow, and an exciting music festival is still on the books for tomorrow night, according to Ooredoo. The music festival will be taken part by the likes of some of the most famous musicians and bands in the country including Sky Rock, Gravity, Two sense, and the popular Equatic Vibe.

Sun.mv is the official online partner of the event organized by Ooredoo.

Man attacked with a sharp object in Male' city