Aslam: High foreign labor in construction is not an issue of concern 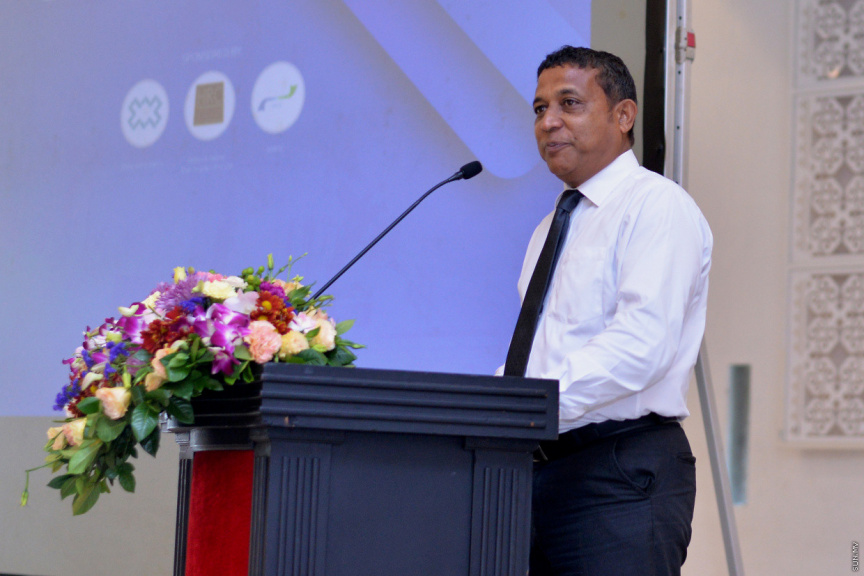 National Planning and Infrastructure Minister Mohamed Aslam says the high foreign labor in the local construction industry is not an issue of concern.

He made the remark at the inauguration of a conference to discuss the challenges facing the local construction industry held at Dharubaaruge this Wednesday.

He said that making the construction industry a solely local labor based industry was unrealistic, and that the low population of Maldives made it necessary to recruit foreign labor for the industry.

“I, for certain, do not believe the Maldivian population is enough to sustain this industry. Foreign labor is needed. We need a regulated labor force we can manage by giving them proper remuneration and living arrangements,” said Aslam.

He said that the Maldives needed to stop considering its high population of foreign laborers as a threat.

He said that foreign laborers did not pose a threat for as long as they abided by the local laws and regulations.

“I’m not concerned because there are so many of them. What I’m concerned about is them being unregulated… We do not need to be concerned if the foreign labor force in this industry in Maldives is regulated,” said Aslam.

Aslam’s comments regarding the foreign laborer force being a non-threat for as long as it was regulated comes amid a recent program launched by the Economic Ministry to regularize undocumented foreign workers in Maldives.

More than 14,000 workers have sought appointments from the Economic Ministry to register for the regularization program so far.

Chief Justice: I did not threaten the SG, I advised him