Nasheed: Idea that MDP is irreligious should not be believed 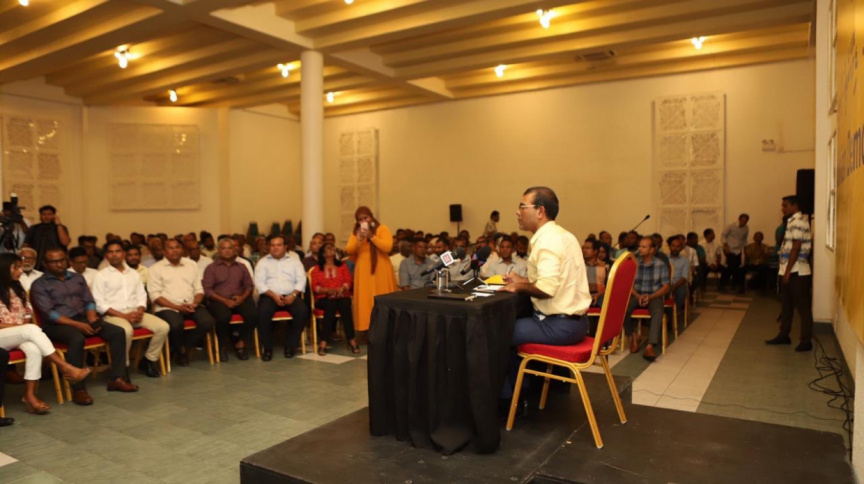 Former President Mohamed Nasheed has stated that the notion that Maldivian Democratic Party (MDP) was irreligious should not be believed.

Speaking to party members at Dharubaaruge, the current Speaker of the Parliament stated that being a part of MDP was not being irreligious, and the labeling of MDP members as irreligious was not something to focus on.

“I am sure that people that give good advice, fast, pray at the mosque, make Zakat donations as much as MDP members do not live in the country.” Said Nasheed, who also stated that the important thing was to keep doing good despite the negative talks by some people.

He also stated that MDP always aimed at following the guidelines of Islam to prove the connection between MDP and the religion of Islam. Nasheed also highlighted that overcoming struggles and difficulties was also a part of the party’s work.