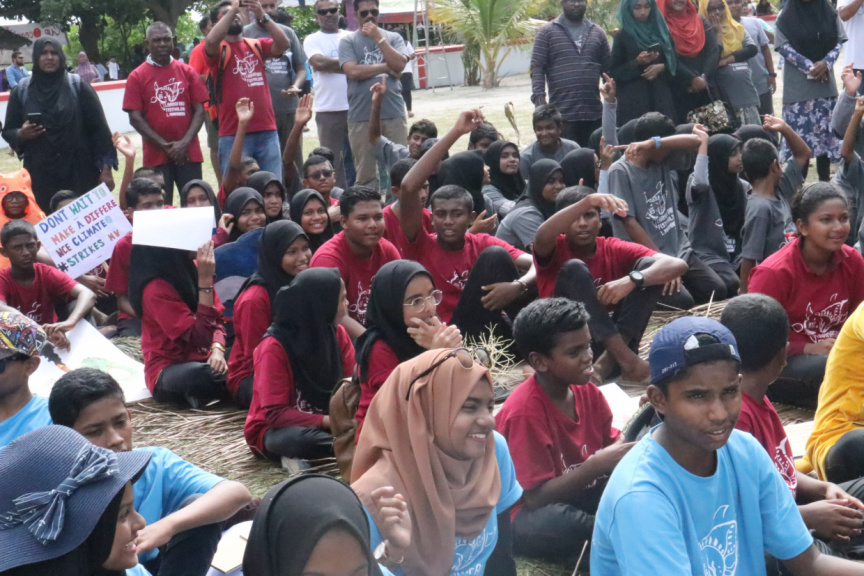 The annual marine conservation event in L. Atoll – one of the largest such events held in Maldives – has begun.

The one-day annual festival, formerly known as Turtle Festival, has undergone a widening of its scope to include other areas of environmental concern, and was renamed Laamaafaru Festival this year.

Total 11 islands in the L. Atoll are taking part in the festival this year. It includes 13 schools, local councils and women’s development organizations.

Multiple programs are scheduled to be held in the way of raising awareness on marine conservation; it includes a swimming competition open to all schools, the presentation of historical stories to promote marine conservation by school students, and a large-scale parade.

Laamaafaru Festival aims to promote conservation of marine resources and mangroves, and a cease in use of single-use plastics.

This is the fourth edition of the Laamaafaru Festival. The last festival was hosted by L. Maabaidhoo in 2018.

The opening of this year’s festival was attended by L. Fonadhoo lawmaker Moosa Siraj, as well as senior officials from Maldives Police Service and Maldives National Defense Force.