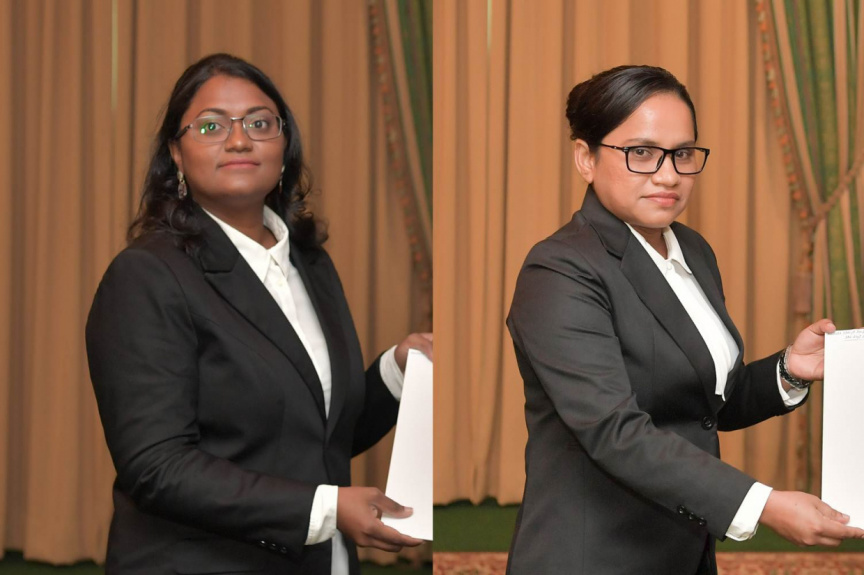 Shiuna had previously worked as the Executive Director of Transparency Maldives and is currently studying for her Ph.D. in International Development.

Anoola had previously worked in the Presidential Commission on Asset Recovery and has a first degree in Shariah and Law from the Maldives College of Higher Education.

The role of the President of ACC was previously filled by Hassan Luthfy who resigned before his term lapsed. The position was then filled by his deputy Muavviz Rasheed. The term for the previous members of the commission has now lapsed.