Govt. to repeal constriction on freedom of assembly 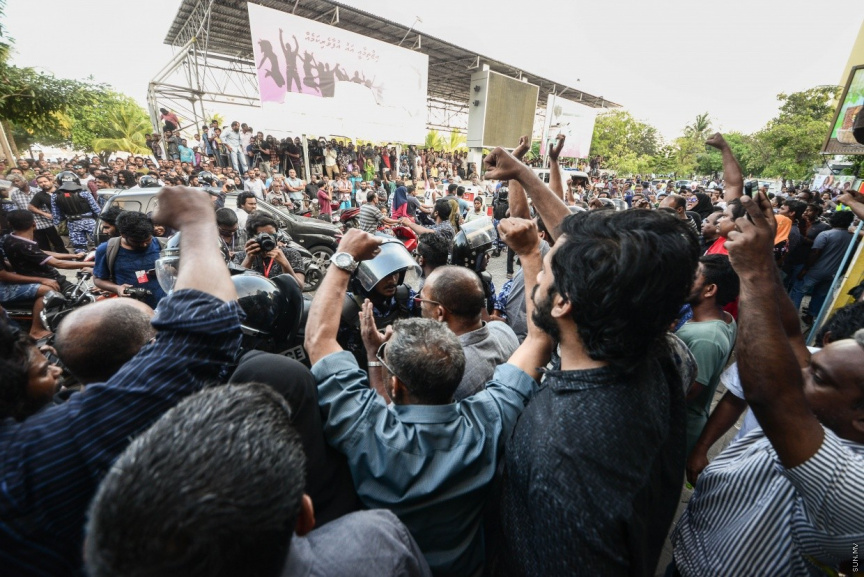 The government has submitted legislature to the Parliament designed to repeal the amendment to the Freedom of Assembly Act during former President Abdulla Yameen Abdul Gayoom’s administration which placed constrictions on freedom of assembly.

The Parliament, during Yameen’s administration, amended the Freedom of Assembly Act to ban any political rallies within the capital city without prior express permission from the police. It was also established that political rallies and gatherings may only be held in locations determined by the Home Ministry.

President’s Office has accused the amendments as a ploy used by the former administration at the time to impede opposition political activities.

According to the President’s Office, the current administration’s legislation, if passed, repeal the constrictions placed on freedom of assembly, and allow citizens to hold rallies without prior notice, and hold rallies at additional locations.

It will effectively restore the Freedom of Assembly Act to its original form.

The current administration has pledged to repeal all laws and amendments which were passed to restrict constitutional rights and effect an unfair advantage or disadvantage to a particular party.

Education of juvenile delinquents made mandatory