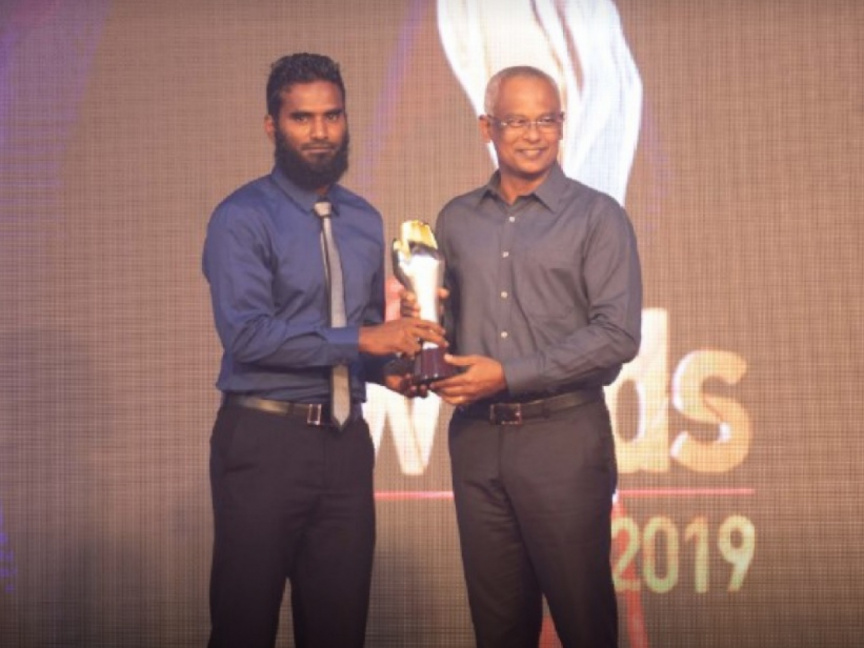 Ali Ashfaq (Dhagandey) has won the Best Player award as well as the Golen Boot at this year's Mihaaru Awards ceremony for the sixth time.

The ceremony for the 'Mihaaru Awards' given to Maldivian sports athletes by Mihaaru news was held in Dharubaaruge last Monday evening, and was attended by President Ibrahim Mohamed Solih who presented Ali Ashfaq with the trophy.

The awards ceremony - which was previously conducted under the name of 'Haveeru Sports Awards' - saw Ashfaq take home the award for the best player in 2003, 2007, 2009, 2011 and 2013. The Golden Boot award for most goals was also won by Ashfaq, who has now won it eight times.

Kooddoo-Villingili bridge to be pushed for via campaign