National football stadium to be closed, fixtures to be held in Hulhumale’ 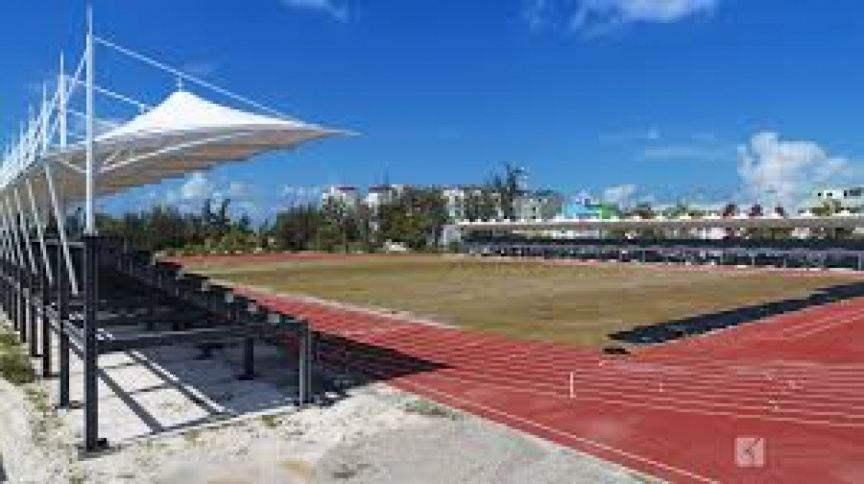 Sports Minister Ahmed Mahloof has announced his office has initiated work on closing the national football stadium in Galolhu district for renovation and arranging for upcoming football fixtures to be held in the Athletics Track in Hulhumale’.

The stadium’s bleachers have been deemed unsafe for use and have been temporarily closed off.

Sports Ministry has announced it plans on closing the stadium altogether for a major renovation of the cracked and damaged bleachers.

Both the Sports Ministry and Football Association of Maldives (FAM) has announced fixtures of the Dhivehi Premier League and other upcoming competitions will be held at the Hulhumale’ Athletics Track until the national stadium is renovated and reopened.

Sports Minister Mahloof has stated that though the new Hulhumale’ Athletics Track was reportedly built to Olympic standard; the condition of the track is far below the standard.

“The condition of the synthetic track which was contracted to a foreign company as a CSR project and built by the former administration is very poor. The entire place is in disrepair. The measurements don’t meet. It’s not 400 meters. The place has many such issues,” said Mahloof.

He said the location will be used more for football competitions than athletics in the future.

He also said the location was large enough to accommodate additional sports activities.

“The place cannot be used for athletics competitions. But since the Male’ Galolhu football stadium is beyond use now, we are looking hard to hold the competitions at the track in Hulhumale’ as a remedy,” said Mahloof.

He said the Sports Ministry will be contracting installation of grass and light fixtures to make the track ready for football to an international company soon.

Park projects in 52 islands to be initiated this year