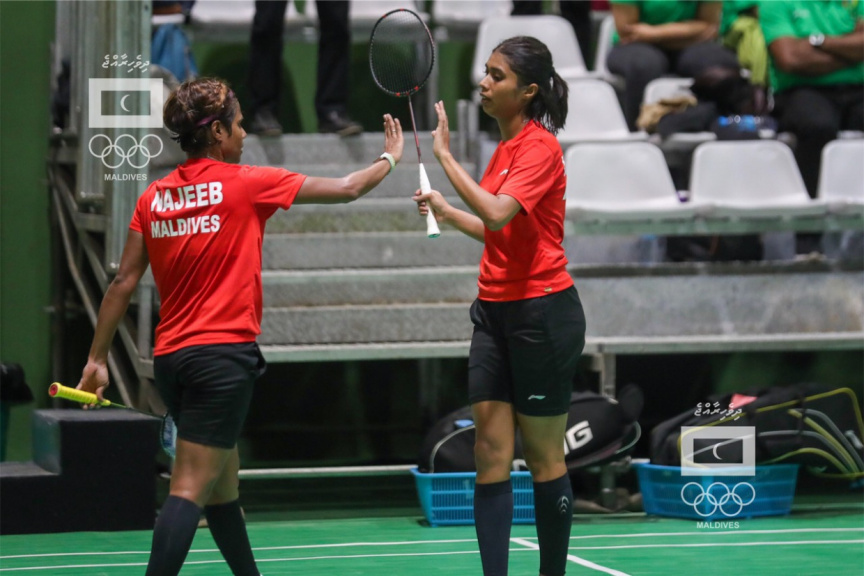 The Maldives’ women’s badminton team has recorded a historic win over the host nation Mauritius at the Indian Ocean Island Games. While the Men’s team succumbed to defeat, the Women’s team defeated Mauritius to end its long-standing undefeated run at this event.

The Women’s team had at first tasted defeat at the hands of Reunion, however, they showed a lot of courage and promise to win two out of the three singles matches. The Maldives was represented in the first match by Nabaha who won the match in two straight sets of 18-21 and 17-21. The second match was played by Neela, who was defeated in the first set by 21-18. However, she recovered to win the remaining two sets on a score of 14-21 and 15-21. The third match was played by Nabeeha who won the first set but saw defeat in the remaining two sets with a score of 16-21, 21-14 and 21-17.

The doubles event saw the Maldives win one match from the two it played. The first match was played by Nabeeha and Neela, who lost the first set of the match 21-17 but won the next set 17-21 and eventually saw Mauritius defeat them at the third set with a score of 21-10. The second match of the doubles event was taken part by Maldivian players Nabaha and Maisa won with ease with a score of 17-21 and 15-21.

The Men’s team tasted defeat at the hands of Reunion by losing four games and winning just one in at the first match. The Men’s team was also defeated with the same scoreline by Mauritius at the next match as well. While the Men’s team competed with Mauritius in five games, Maldives only won the singles event match played by Ajfan who lost the first set 21-14 but came back to win the remaining sets 17-21 and 18-21.

No 1s Tai and Axelsen lose in world badminton