Aslam: I will not back down or take my name back 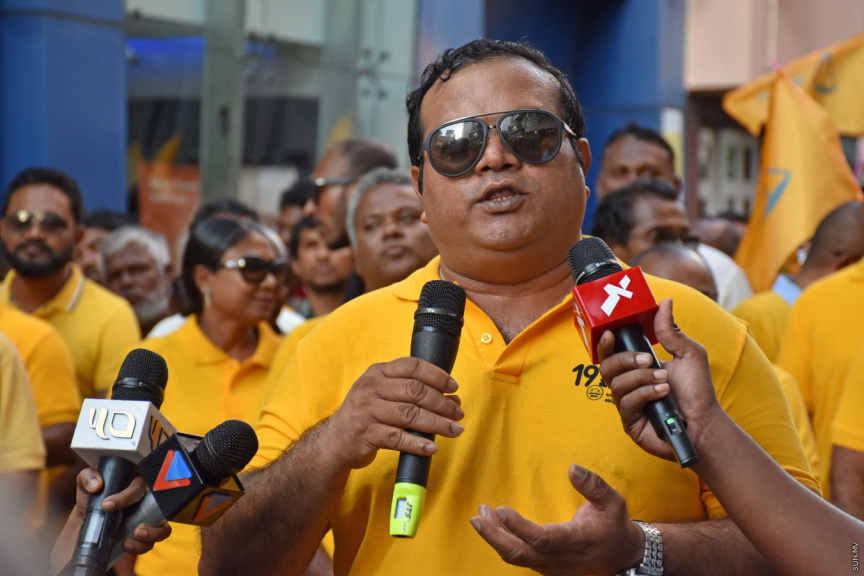 Parliament member of North Hithadhoo constituency Mohamed Aslam says that he will not be backing down from the run for the position of Speaker of Parliament.

Fake SMS are being spread on the name of MP Aslam, stating that he will be taking his name back from the run, respecting the wishes of the former President Mohamed Nasheed and supporting the MP elect of Vilifushi constituency Hassan Afeef.

Speaking to Sun Online, Aslam said that the texts are fake and he will not be taking his name back.

“I am will not be backing down. I am not going to take back my name,” said Aslam.

Five members from the ruling party, Maldives Democratic Party (MDP) has shown interest in the position of Speaker of Parliament.

While speaking to the press after the Tarawih held at People’s Majlis last Wednesday night with the members of the outgoing parliament and newly elected members for the 19th Parliament, President Ibrahim Mohamed Solih stated that member-elect of Vilifushi constituency Hassan Afeef is the most eligible for the post of Speaker of Parliament.

MDP candidate for the position of Speaker will be selected after an internal election among the part’s PG members.

Speaker of the Parliament will be elected during the first sitting of the 19th People’s Majlis, on May 28.