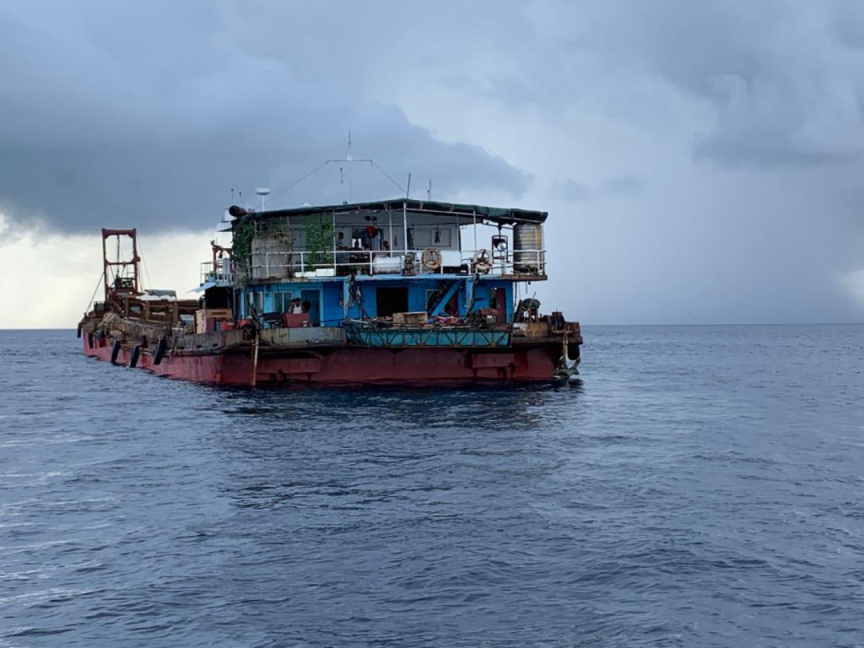 Maldives Police Service has launched a formal investigation into the case of the foreign ship which was caught carrying illegally mined sand off the coast of L. Hithadhoo.

Maldives Police Service reports the ship had neither the registration number nor a flag displayed, and that officers found “a large quantity of sand” onboard.

The crew, when questioned by the officers, claimed the sand was used to balance the ship which had some heavy vehicles on board.

The ship was imported into Maldives under the name of CCCC Second Harbor Engineering – the Chinese company which had worked on constructing the Sinamale’ Bridge.

The ship had been travelling towards a resort under development in Huvadhoo Atoll, but had waited in L. Atoll en route to its destination due to bad weather.

Minister of Environment, Dr. Hussain Rasheed Hassan took to Twitter to announce his office had asked Maldives Police Service to launch an investigation to ensure the ship had the necessary permit to mine the sand.

It has been alleged that the sand mined from L. Atoll was being taken to Dubai, UAE. Ministry of Environment reports that no such permit was issued by Environmental Protection Agency (EPA), and that the allegation was under investigation by the agency.

Ministry of Environment has warned legal action if the allegation is found to be true.