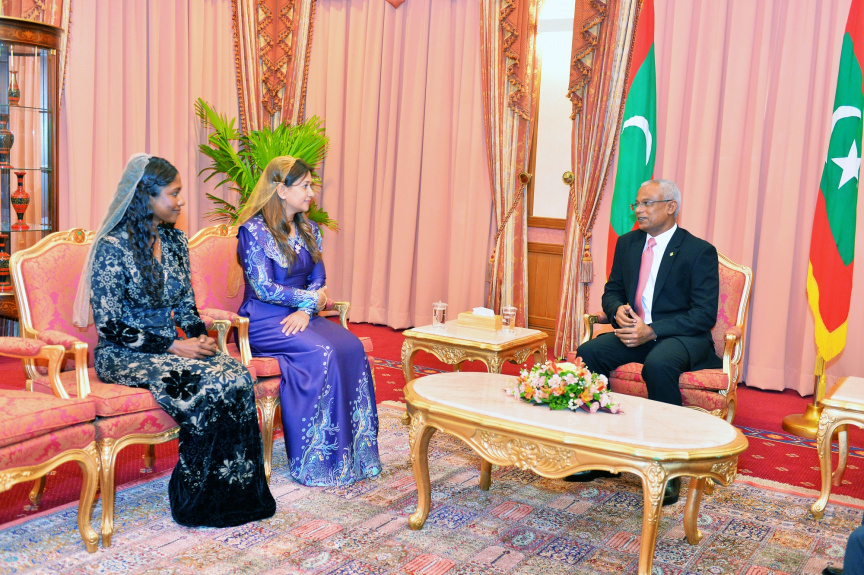 Farhanaz and Thilmeeza, who had won approval of the Parliament on December 12, 2018, were handed their letters of appointment in a function held at the President’s Office this Thursday morning.

‘Sun’ has been informed the five-month delay in their official appointment was due to the fact that they possessed dual citizenship from the countries they will be stationed at. They have since rescinded their dual citizenship.

When questioned by ‘Sun’ regarding the delay in their appointment, Director of Communications at Ministry of Foreign Affairs, Miuvan Mohamed said the delay had been due to procedural arrangements which needed to be settled between Maldives and the UK and US.

Thilmeeza, who has a Master’s of Science in Business Management from the Colorado Technical University of US, had been serving as Adjunct Professor of Sustainability at Ramapo College of New Jersey and as Co-Chair of the Socially and Economically Just Adaptation and Mitigation Team of the United States Climate Action Network prior to her appointment.

She also has experience in the Maldivian foreign service, having served as Deputy Permanent Representative of the Permanent Mission of the Republic of Maldives to the United Nations, and as Non-Residential Deputy Maldivian Ambassador to the US and Canada.