Parliament passes Bill to annul ballots with any additional scribbling 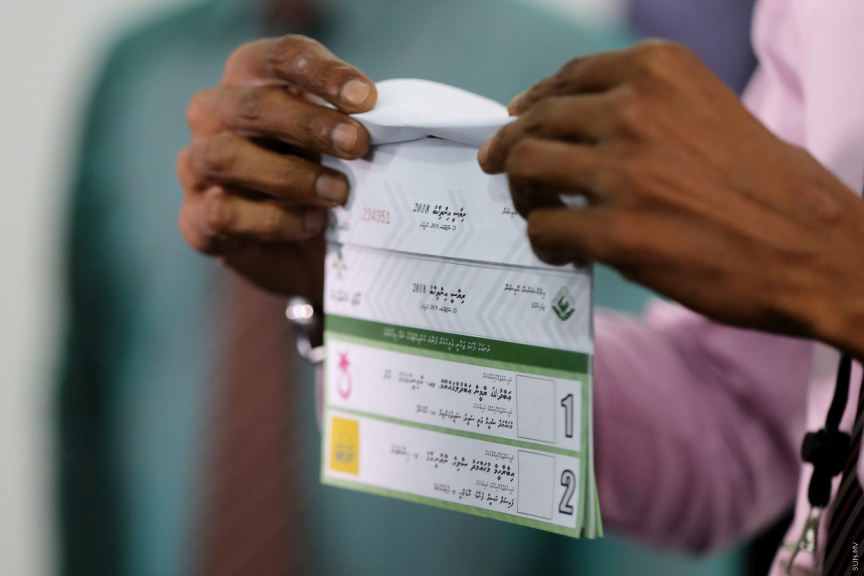 The Parliament has passed the amendment to the General Elections Act to invalidate ballot papers with any additional scribbling other than the mandatory check mark.

The Bill was submitted to the Parliament by PPM lawmaker, S. Hulhudhoo MP Mohamed Shahid.

The Bill was passed this Monday afternoon with the unanimous vote of all 53 lawmakers in attendance.

Previous legislature to invalidate ballots which have additional scribblings on it had failed to pass.

Spokesperson and member of Elections Commission, Ahmed Akram has expressed approval of the Parliament’s decision to pass the Bill. He said that the amendment was a step towards ensuring the anonymity of votes.

The amendment will take effect once its ratified by the President and published on the Government Gazette.