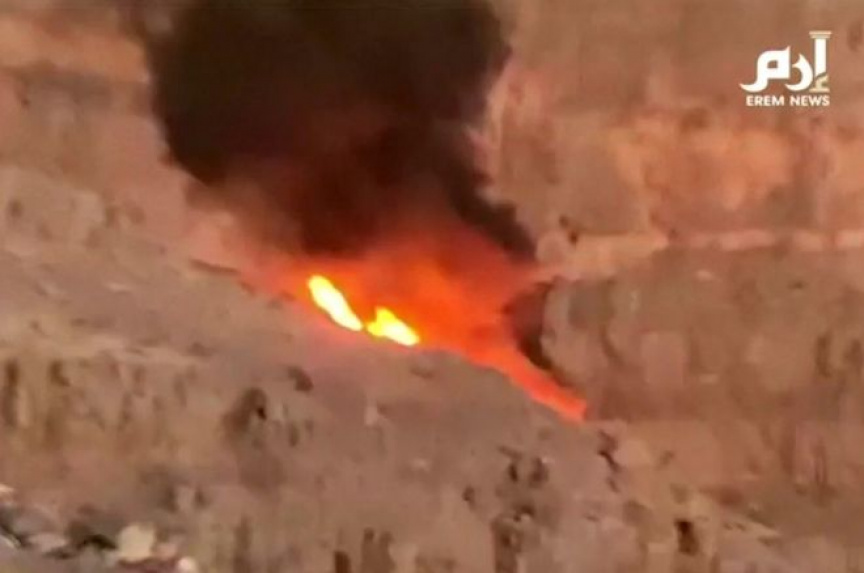 Screen grab from video footage of the crash. (Photo/EREM News)

The National Search and Rescue Center said four crew members were onboard when the helicopter crashed.

The Civil Aviation Authority said the Agusta 139 helicopter crashed during a rescue mission at around 5:50 p.m. local time on Saturday near the UAE's highest mountain of Jebel Jais in Ras al-Khaimah.

The zipline opened in February as part of an effort by the smaller, lesser-known emirate of Ras al-Khaimah to attract more tourists and residents from neighboring emirates like Abu Dhabi and Dubai.