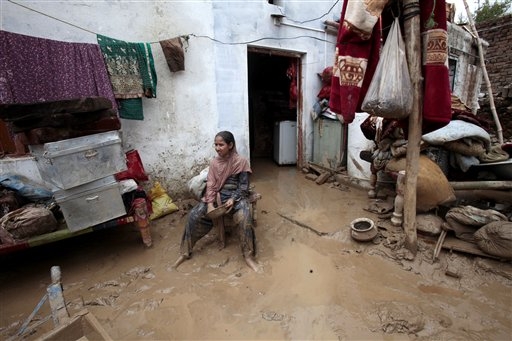 Sardar Nawaz Khan, a disaster management official, says at least 13 people died on Wednesday in the northeast in Pakistan-held Kashmir. Nine of the dead belonged to three families who were buried alive when the roofs of their houses caved in.

Both officials spoke to The Associated Press on Thursday.

Pakistan suffered the worst flooding in its 65-year history in 2010. Floodwaters inundated one-fifth of the country, an area larger than England, and killed over 1,700 people. Over 20 million people were affected.