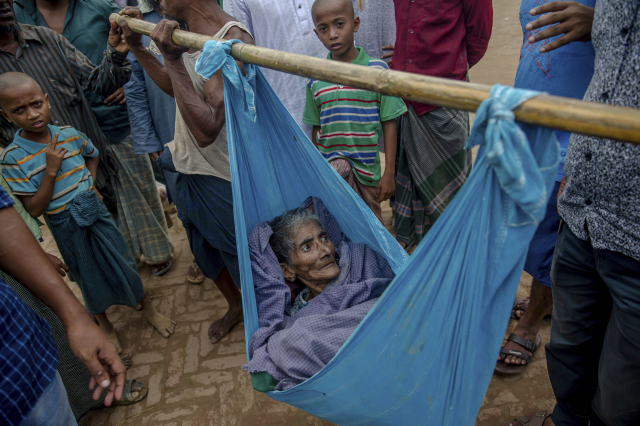 DHAKA, Bangladesh (AP) — Bangladesh's border agency on Thursday accused Myanmar of deploying additional forces across its border near a no man's land where thousands of Rohingya Muslim refugees are living in tents.

Brig. Gen. Mojibur Rahman, additional director general of the Border Guard Bangladesh, said his agency protested to Myanmar for unilaterally increasing its border guards and bringing in soldiers at the Tombru border crossing in Khagrachhari district. He said they asked Myanmar's Border Guard Police for a meeting to resolve their concerns.

Rahman said Myanmar's motive was not clear but it could be an attempt to push about 6,000 Rohingya refugees into Bangladesh from the no man's land.

He complained that Myanmar officials have been using loudspeakers to urge the Rohingya in the no man's land to enter Bangladesh. Bangladesh wants them to return to Myanmar.

It said the ministry conveyed Bangladesh's concerns about Myanmar's military buildup at Tombru and said it would create confusion and escalate tensions along the border. The ministry asked for an immediate pullback of the security forces from the area, the agency reported.

A total of about 700,000 Rohingya Muslims have fled from Buddhist-dominated Myanmar to Bangladesh since late August, when Myanmar security forces began massive "clearance operations" after an insurgent group attacked security posts.