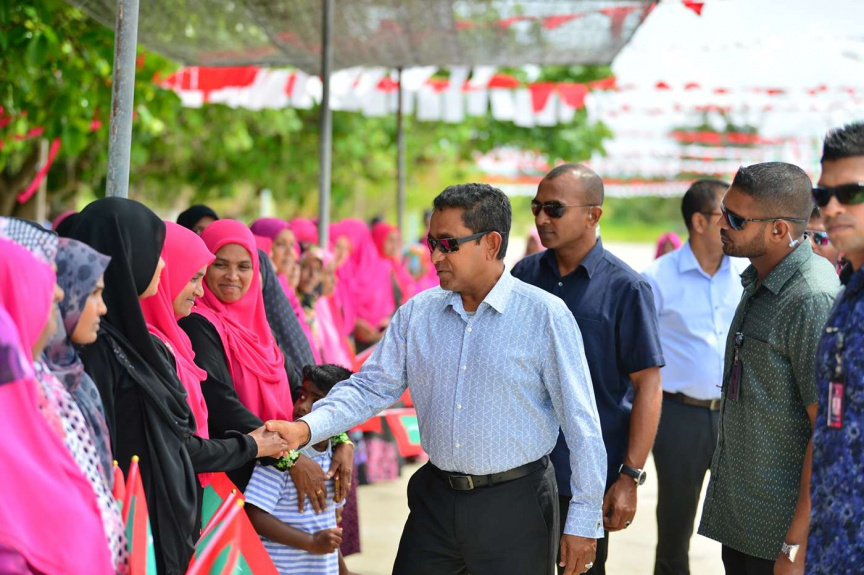 No details regarding the M. Atoll tour are available at the moment.

Yameen, who is up for re-election, toured several islands in Sh. Atoll last week, and K. Atoll the week before.

During his visit to Sh. Bileffahi last week, Yameen announced plans to develop an airport on the island, which will be the atoll’s second airport.

'No indication of bribe in texts between Yameen-Naeem'