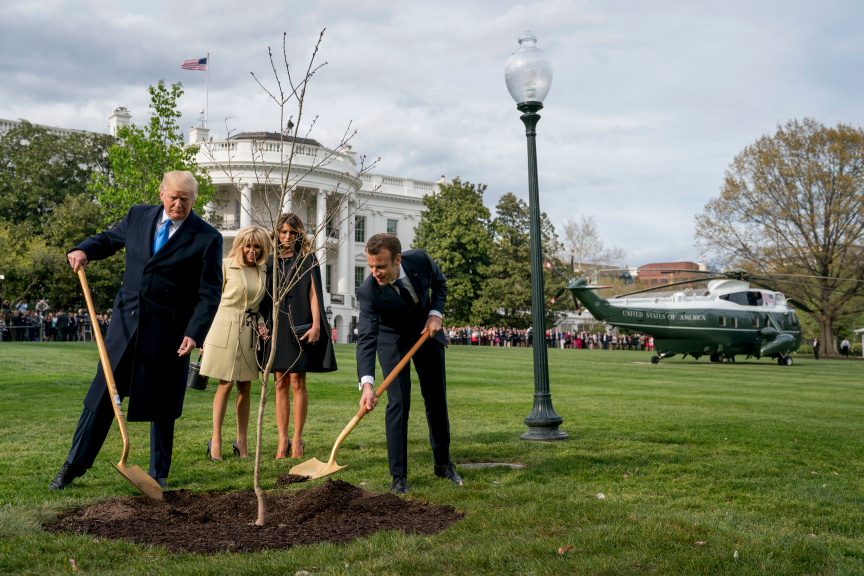 WASHINGTON (AP) — A mystery is brewing at the White House about what happened to the oak tree President Donald Trump and French President Emmanuel Macron planted there last week.

The sapling was a gift from Macron on the occasion of his state visit.

News photographers snapped away Monday when Trump and Macron shoveled dirt onto the tree during a ceremonial planting on the South Lawn. By the end of the week, the tree was gone from the lawn. A pale patch of grass was left in its place.

The oak sprouted at a World War I battle site that became part of U.S. Marine Corps legend.

About 2,000 U.S. troops died in the June 1918 Battle of Belleau Wood, fighting a German offensive.