France recalls ambassadors to US, Australia over sub deal 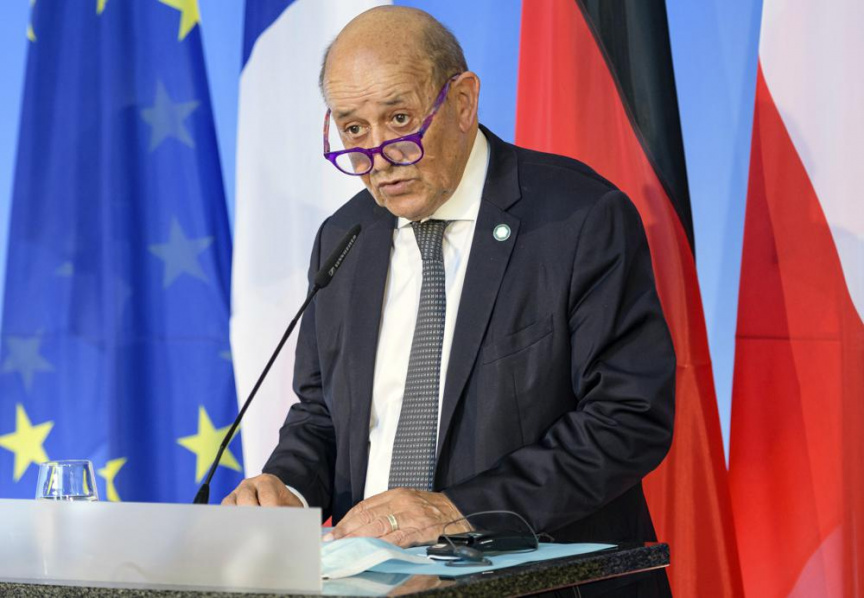 PARIS (AP) — America’s oldest ally, France, recalled its ambassador to the United States on Friday in an unprecedented show of anger that dwarfed decades of previous rifts.

The relationship conceived in 18th century revolutions appeared at a tipping point after the U.S., Australia and Britain shunned France in creating a new Indo-Pacific security arrangement.

It was the first time ever France has recalled its ambassador to the U.S., according to the French foreign ministry. Paris also recalled its envoy to Australia.

Foreign Minister Jean-Yves Le Drian said in a written statement that the French decision, on request from President Emmanuel Macron, “is justified by the exceptional seriousness of the announcements” made by Australia and the United States.

He said Australia’s decision to scrap a big French conventional submarine purchase in favor of nuclear subs built with U.S. technology is “unacceptable behavior between allies and partners.”

Ambassador Philippe Etienne tweeted the announcements are “directly affecting the vision we have of our alliances, of our partnerships and of the importance of the Indo-Pacific for Europe.”

The Biden administration has been in close contact with French officials about the decision to recall Etienne to Paris, National Security Council spokesperson Emily Horne said.

“We understand their position and will continue to be engaged in the coming days to resolve our differences, as we have done at other points over the course of our long alliance,” she said in a statement. “France is our oldest ally and one of our strongest partners, and we share a long history of shared democratic values and a commitment to working together to address global challenges.”

State Department spokesman Ned Price also stressed the value the U.S. places on its relationship with France and expressed hope that talks between the two sides will continue in the coming days, including at the United Nations General Assembly next week.

Macron, however, for the first time since he came into office in 2017, won’t be making a speech to the annual meeting of world leaders. Le Drian will instead deliver the French address.

The Australian government said it regretted France’s decision to recall its ambassador to that nation.

“Australia understands France’s deep disappointment with our decision, which was taken in accordance with our clear and communicated national security interests,” Foreign Minister Marise Payne’s office said in a statement. It added that Australia valued its relationship with France and looked forward to future engagements together.

The decision to recall the ambassador represents a shocking turnaround for France under Macron, who — after an increasingly bitter relationship with former President Donald Trump — warmly clasped hands with Biden at a G-7 summit in June and confirmed that “America is back.”

Macron has not yet commented on the issue. The recall is his boldest foreign policy move yet in a four-year presidency in which he has sought to strengthen France’s diplomatic footprint and role in European policy-making, and to rally France’s neighbors around his vision for a Europe less dependent on the U.S. military umbrella.

France has pushed for several years for a European strategy for boosting economic, political and defense ties in the region stretching from India and China to Japan and New Zealand. The EU this week unveiled its plan for the Indo-Pacific.

French officials then decided to reach out to the U.S. administration “to ask what was going on,” he said. He added that discussions with Washington took place just two to three hours before Biden’s public announcement.

Le Drian on Thursday expressed “total incomprehension” at the move and criticized both Australia and the U.S.

“It was really a stab in the back. We built a relationship of trust with Australia, and this trust was betrayed,” he said. “This is not done between allies.”

He also compared Biden’s move to those of Trump under his “America First” doctrine.

Paris had raised the issue of the Indo-Pacific strategy during the June 25 visit to Paris of U.S. Secretary of State Antony Blinken, expressing the importance of its submarine program with Australia, the French diplomat said.

“We said that it was for us a very important and critical component in our Indo-Pacific strategy,” he said. Blinken met with Macron during the visit.

The French diplomat said Australia never mentioned to France its will to shift to nuclear-powered submarines, including during a meeting between Macron and Morrison in Paris on June 15.

A recall of ambassadors is highly unusual between allied countries.