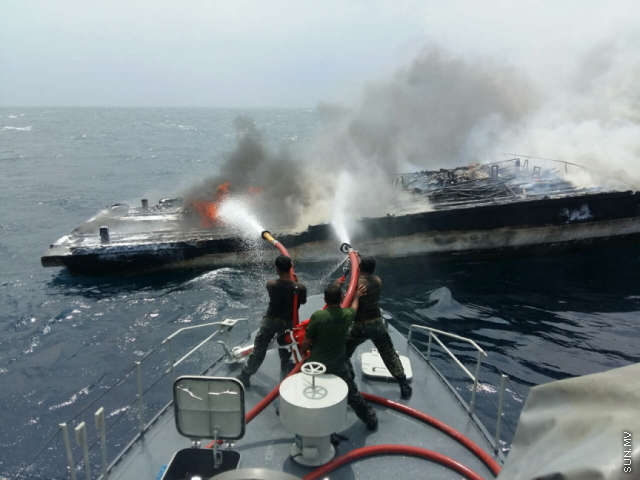 A fire incident on a boat owned by Reethi Beach Resort has caused massive damages to the vessel according to MNDF.

MNDF Spokesperson, Captain Ibrahim Azim, said that their Fire and Rescue team was mobilized in the area after a fire on board the Reethi Beach vessel six miles out of Coco Bodu Hithi resort was reported.

Captain Azim said that there were three locals and one foreigner on board and the fire has now been controlled.

Although no injuries have been reported, the full extent of the damages to the vessel is unclear at this time.

Police in riot gear working to disperse the rally