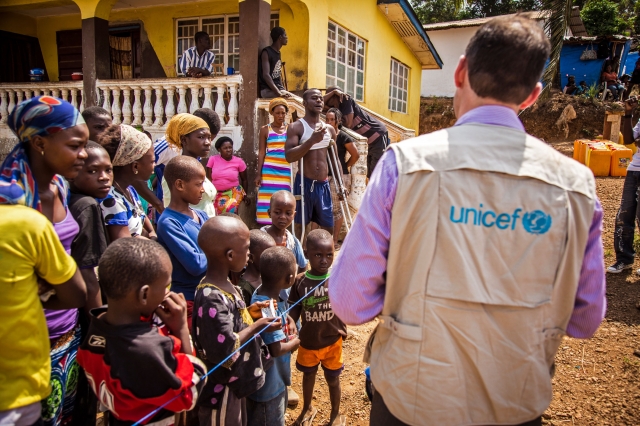 FREETOWN, Sierra Leone (AP) — Sierra Leone's 6 million people were told to stay home for three days, except for religious services, beginning Friday as the West African nation attempted a final push to rid itself of Ebola.

As with a similar operation last year, thousands of teams will fan out around the country, knocking on doors to remind people how Ebola is spread and how to prevent it. In regions around the capital and in the north where flare-ups persist, health workers will also search for Ebola cases.

Alfred Palo Conteh, the head of Sierra Leone's Ebola response, said a major goal is to fight complacency, more than a year after the outbreak was declared in West Africa.

Ebola has infected nearly 12,000 people in Sierra Leone, more than in any other country, and it has resorted to some of the most stringent measures to stop the disease. The September shutdown was thought to be the first time since the plague devastated Europe in the Middle Ages that such a dramatic step has been taken.

While recent weeks have seen a steep reduction in infections, 33 new cases were confirmed in Sierra Leone last week, according to the World Health Organization. Still, the outbreak is most worrying in Guinea, where it is driven by hidden cases. Liberia currently has only one patient in treatment.

Sierra Leone President Ernest Bai Koroma vows to do "whatever it takes" to get to zero cases.

Starting Friday at 6 a.m. (0600 GMT), Sierra Leoneans were asked to stay in their homes until Sunday evening. Markets, shops, restaurants and bars must shut. Muslims will be allowed to attend prayers on Friday, and Christians can go to services on Sunday, the start of Holy Week before Easter.

"We understand that people are tired and want to get back to their normal life, but we're not there yet. It's the final meters in the race," said Roeland Monasch of UNICEF.