Nasheed entered, as well as left the High Commission on his own volition: India 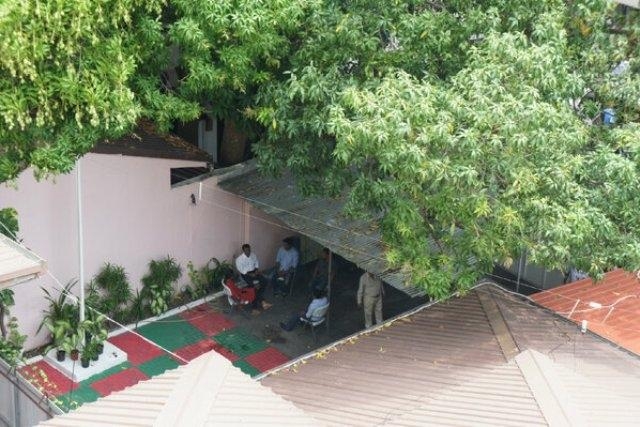 The Indian High Commission said in a statement released last night to announce that Nasheed had left the High Commission, “It will be recalled that the former President had entered the Indian Mission in Male on 13 February 2013 on his own volition and had similarly decided to leave on his own. It is hoped that with this development the former President will again resume his social and political life.”

The statement further says that the Indian delegation led by Shri Harsh Vardhan Shringla, Joint Secretary, Ministry of External Affairs, currently visiting the Maldives, and the High Commissioner of India to Maldives had held a series of meetings with the officials of the Maldivian government and other stakeholders. The Indian government thanked all those who cooperated in these efforts.

“India has been working closely with the Government and other relevant stakeholders in Maldives to strengthen the democratic framework of the country. India has maintained broad based contacts with all political parties and democratic institutions in Maldives without interfering in its internal affairs. The Government of India urges all parties to maintain peace and calm and hopes to continue its positive engagement in the spirit of the close and friendly relations between the two countries.”

The statement also says that India would be happy to support all efforts to create favourable conditions for free, fair, credible and inclusive presidential elections in September 2013 that can contribute to durable peace, stability and prosperity in Maldives and the region.

Nasheed stayed in the Indian High Commission until yesterday. He entered the High Commission following an order by Hulhumale’ Court to the police to arrest him in order to produce him in court. The case against Nasheed is regarding the alleged unconstitutional arrest of Chief Judge of Criminal Court Abdullah Mohamed during Nasheed’s presidency.

Aswaad can only be operated on in about a week: Raajje TV