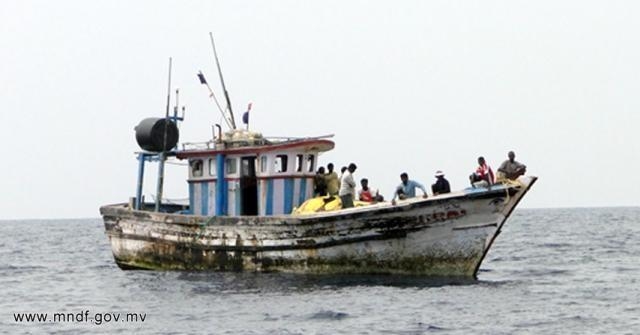 A Sri Lankan fishing boat, drifting due to engine failure, has been found off Kaafu Atoll Dhiffushi.

Maldives National Defence Force (MNDF) has said that the four people on board are in good condition.

MNDF said that the boat was found by Maldivian boat ‘Reef’ which was out fishing yesterday evening. The Maldivian boat, upon seeing the Sri Lankan boat, approached it and took the four crew members on board.

The crew of the Sri Lankan boat were handed over to the Vilimale’ Police Station early this morning.

MNDF said that the boat is likely to have drifted to Maldivian territory due to engine failure.

Drifting fishing vessels from Sri Lanka are found in Maldivian waters every now and then.

Nasheed entered, as well as left the High Commission on his own volition: India