PPM announces for submission of applications to compete in primary 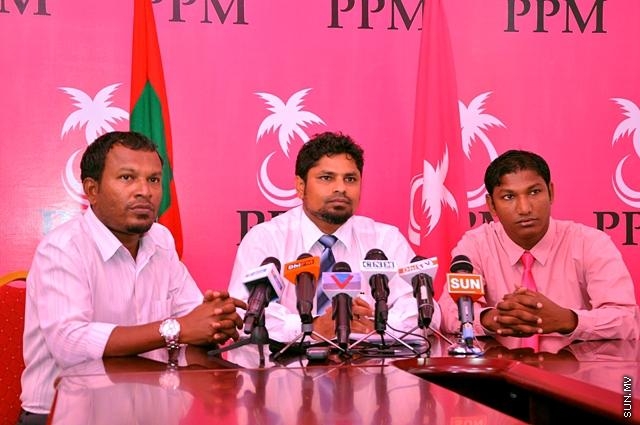 Progressive Party of Maldives (PPM) has called for applications for those willing to compete in the party’s primary for the presidential elections. The criteria for applicants are specified by the party regulation on representing the party on national elections. Application submission is open starting from today until the 28th of this month.

Speaking to the press today, the party’s elections committee member Mohamed Tholal said that details of the primary will be decided by the elections committee and that members included in the party’s registry, maintained by the party registrar, will be eligible to vote in the primary. He added that the party council will decide on a minimum number of years for a member to have been with the party to be able to take party in the vote, and said that the decision will be announced by the council within the week.

“Starting today, we have opened for applications for those who want to compete in the party’s presidential primary. The applications will be handed and collected from the main party office, starting from today until the 3:30 of the 28th of February,” Tholal said.

Two people have shown their intention to compete in the PPM presidential primary so far. They are; Mulaku MP and PPM Parliamentary Group Leader Abdulla Yamee and the party’s former Deputy Leader Umar Naseer.