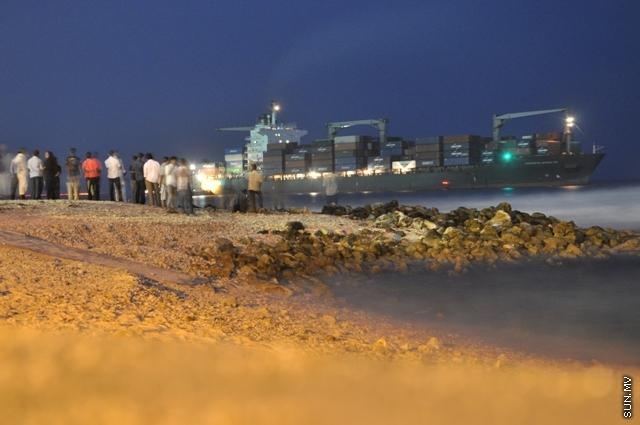 The cargo ship that was stranded in the lagoon on the eastern side of Male’ at Raalhugandu area tonight has been refloated.

The 210-meter long, 30-meter wide ship came from the direction of Hulhule’ through Gaadhoo kolu and got stuck in the shallow water when it attempted to make a turn.

MNDF said that the ship did not suffer much damage in this incident, which took place at around 6:00pm today.

MNDF also said that it will monitor the damage caused by the ship to the reef tomorrow. An official of Transport Authority said that if damage is caused to the reef, a fine will be imposed of MVR85,000 per square meter of damaged reef. He also said that the fine amount will however be determined after assessing the extent of the damage.

The claim that Maldives has limited sources of revenue is not true: Siyam