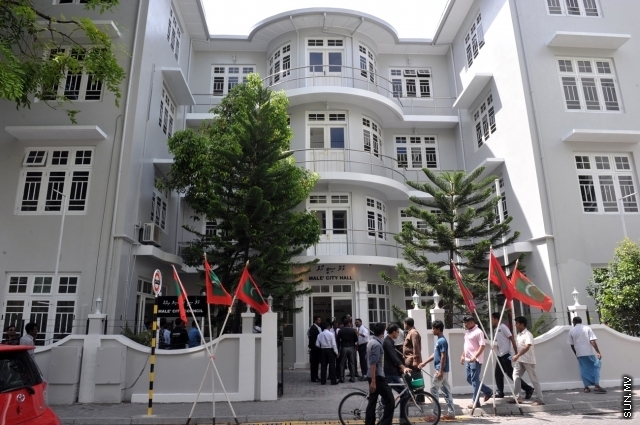 Dhiraagu has disconnected all phone and internet services to Male’ City Council today, due to unpaid bills.

Male’ City Council member Ibrahim Shujau told Sun Online that phone, fax and internet services were cut off by Dhiraagu this afternoon, and that over MVR400,000 is owed by the council to Dhiraagu.

He said that the council had completed all procedures required to pay the bills, but Finance Ministry had failed to release the funds.

He said that efforts are under way to settle the Dhiraagu bills using the remaining funds in the council budget, however this may not be possible; and that discussions are also in progress with Dhiraagu to reconnect the services until the council is able to pay the money.

“The council’s work is almost entirely halted. We are trying to solve this issue,” he said.

Dhiraagu has also confirmed to Sun Online that its services to City Council have been disconnected.

Dhiraagu Marketing and PR Ibrahim Imjad Jaleel said that the services were disconnected after advising the council on numerous occasions to pay their bills.

“We disconnected the services today after giving them time even today to pay the bills after the offices opened. We had to cut off our services after their failure to pay any amount after several days of discussions. We are trying with our customer even now, to find a way to resume the services,” he said.

It has not been possible to contact Finance Ministry at the time of press.

Meanwhile, STELCO sent a notice to City Council some time ago that electricity services will be cut off due to unpaid bills. Electricity was almost cut off at IGMH and TVM as well, and Finance Ministry said at the time that the bills could not be paid due to lack of funds.