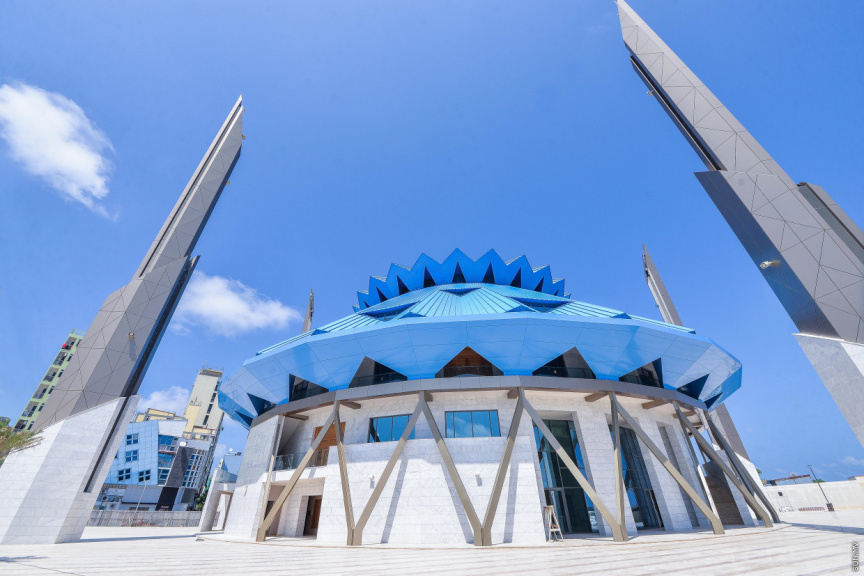 A Planning Ministry official stated that all the work included in the scope of contract for the King Salman Mosque in Male' city, constructed under with the aid of the Saudi Arabia, will be completed within January of 2020. (Sun Photo/Fayaz Moosa)

Ministry of Islamic Affairs has refrained from providing the latest updates regarding the broken ACs in King Salman Mosque.

Months have passed since three AC units out of the four installed on two floors at Salman Mosque allotted congregational prayers broke.

The spacious mosque is often frequented by prayer goers, particularly for the Friday prayers. Hence, it is a concern on many that the issue remains unresolved.

Islamic Ministry officials previously told Sun that there was no way to repair the ACs in Maldives, and that the parts needed for repair work were not available in the country.

A week later, on November 13, the ministry’s Spokesperson Ismail Afraah told Sun revealed that the Ministry executed an agreement with experts from Turkey to fix the ACs.

Since then, the ministry has been providing date after date on when the ac’s will be repaired.

The most recent update given was during last week, when the ministry said experts to repair the ACs arrived during that week. The ministry also added that another group was set to arrive this week, and that they would resolve the issue.

Sun has made numerous attempts to contact Afraa via phone calls and messages in order to find out whether the second group arrived, and how far the work has progressed. However there has been no response to it so far.