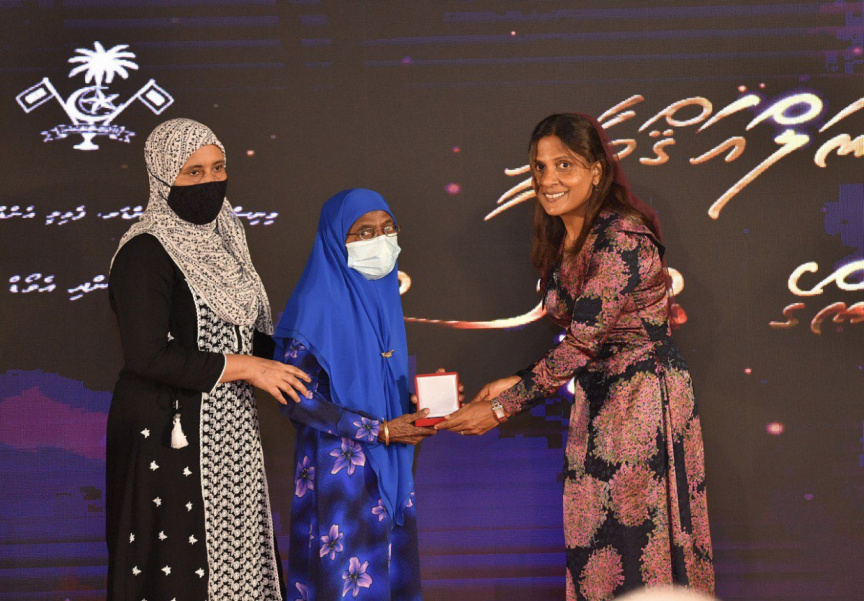 First Lady Fazna Ahmed (L) presenting the Rehendhi Award to one of the recipients during a special ceremony held on Tuesday, March 23, 2022. (Photo/ President's Office)

Annually conferred since 2014, ‘Rehendhi Award’ is aimed at recognizing the work of women in different categories on a national level.

Gender Ministry states that the award is also conferred to recognize the role of women in national and community development and to recognize individuals, organizations and associations advocating the rights of women and empowering women.

1) For nominations from individuals, organizations and associations

2) Institutional gender mainstreaming – for nominations from employers and organizations

3) For nominations from Women’s Development Committees

Nominations for the award can be submitted before 14:00pm on February 13th.

A total of eight people were presented ‘Rehendhi Award’ in 2022.