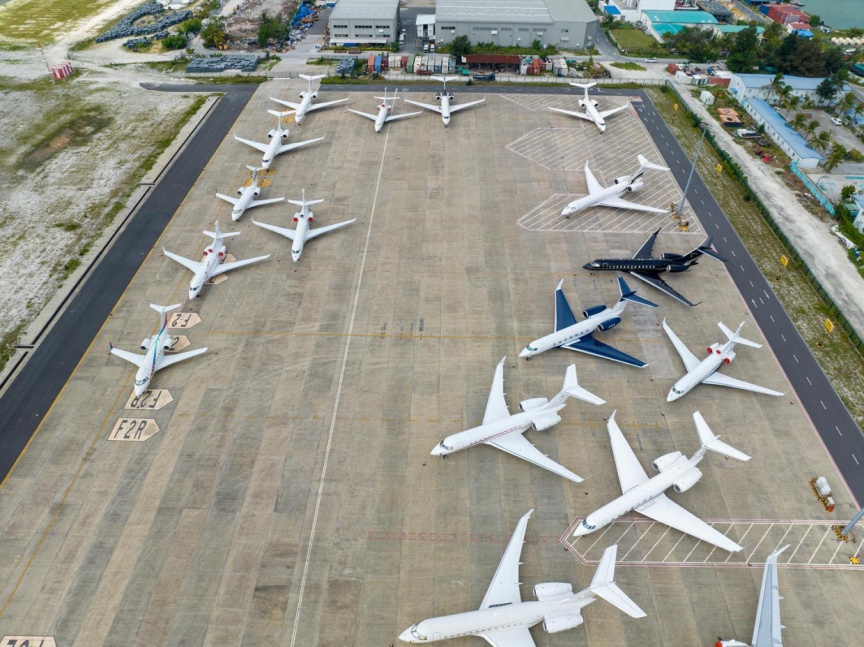 Photos relesed by MACL of aircrafts that landed at VIA. (Photo / MACL)

Maldives Airports Company Ltd (MACL) has revealed Thursday, December 22 to have been the busiest day for Velana International Airport (VIA) since opening its new runway.

According to MACL – the operator of VIA, on that day, a new record of runway movement was set, since the inauguration of the runway on October 6, 2022.

We are pleased to announce that on 22nd December 2022, @VelanaAirport has set a new record of runway movement since the inauguration on 6th October 2022.

The statistics released by the company show that there was a total of 228 runway movements that day.

Year-end is notably a busy time of the year, with many international airlines increasing the number of flights to VIA. The number of tourists visiting Maldives increases extensively in time for Christmas and New Year holidays.

In addition to VIA, Kooddoo Airport and Maafaru Airport also see high private aircraft traffic around this time.

VIA on alert for emergency landing