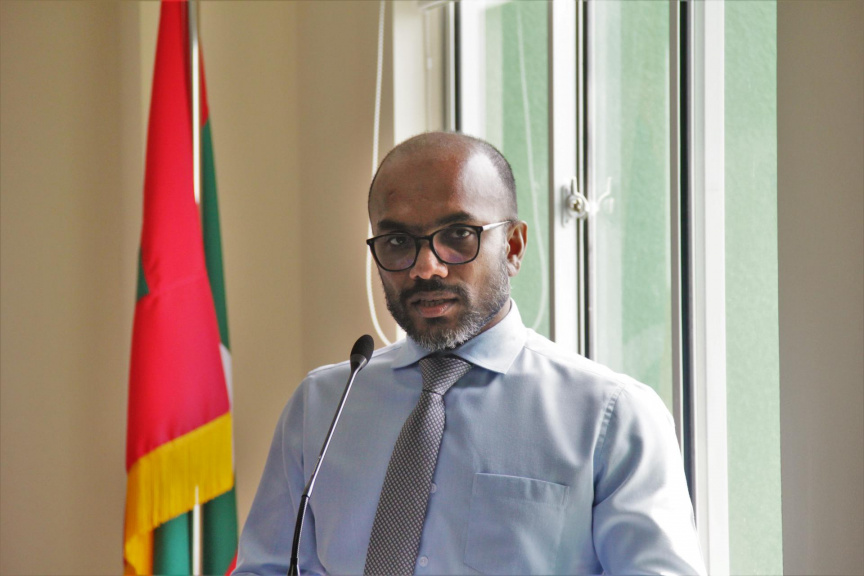 Finance Minister Ibrahim Ameer speaks at the signing of the country engagement plan for Tax for SDGs Program on November 9, 2022. (Photo/UNDP Maldives)

The Sovereign Development Funds (SDF) of Maldives has dropped even further, decreasing the funds available for usage.

According to the statistics shared by the Ministry of Finance and Treasury, currently, there is only MVR 98.7 million in SDF.

Notably, the amount has dropped drastically after having a billion in it during October. The funds decreased as it was used to invest in various things.

As per the figures, at the beginning of this year, there was MVR 1.2 billion available for immediate usage.

Meanwhile, the Maldives Monetary Authority (MMA) has stated that if the investments made using SDF have not matured by 2026, there would be great obstacles in repaying the debts.

The Sovereign Development Fund (SDF) was created by the government of former President Abdulla Yameen Abdul Gayoom. It was created to be used in instances when repaying the debt from loads taken for large infrastructural projects becomes difficult, or in overcoming various economic crises.

Funds of SDF are kept with MMA and managed entirely separated from those in the authority’s reserve.

Government announce sale of t-bill worth over MVR 3 mil