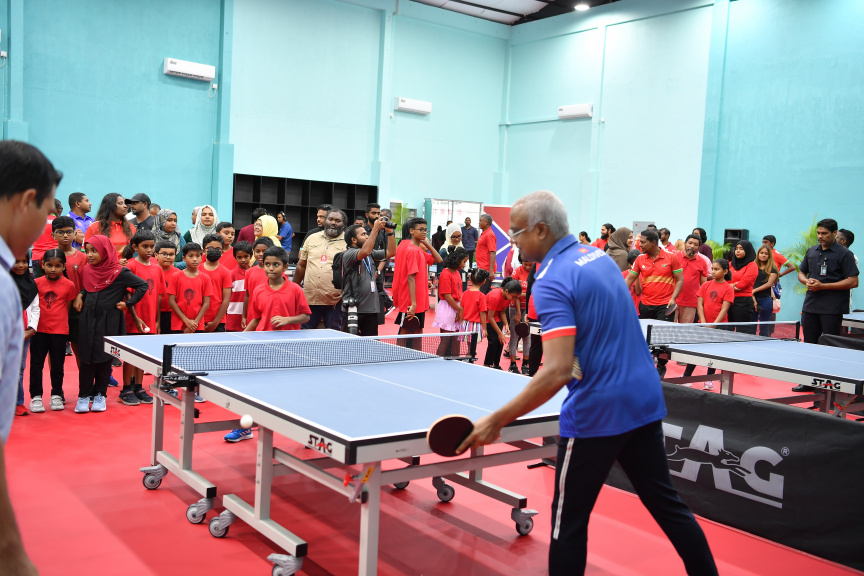 A capture from the inauguration ceremony of 'Male' Table Tennis Hall' on November 24, 2022. (Photo/President's Office)

The President’s Office said that the 12-table facility was established as part of the current administration’s efforts to promote the sports sector. Vice President Faisal Naseem accompanied the president during the opening ceremony.

They detailed that the administration is committed to developing sports facilities across the country and providing training opportunities for athletes – in line with they have hosted numerous international sports events this year as part of its efforts.

Last year, the administrated opened a table tennis hall in Hulhumalé, followed by one in Fuvahmulah City this year.