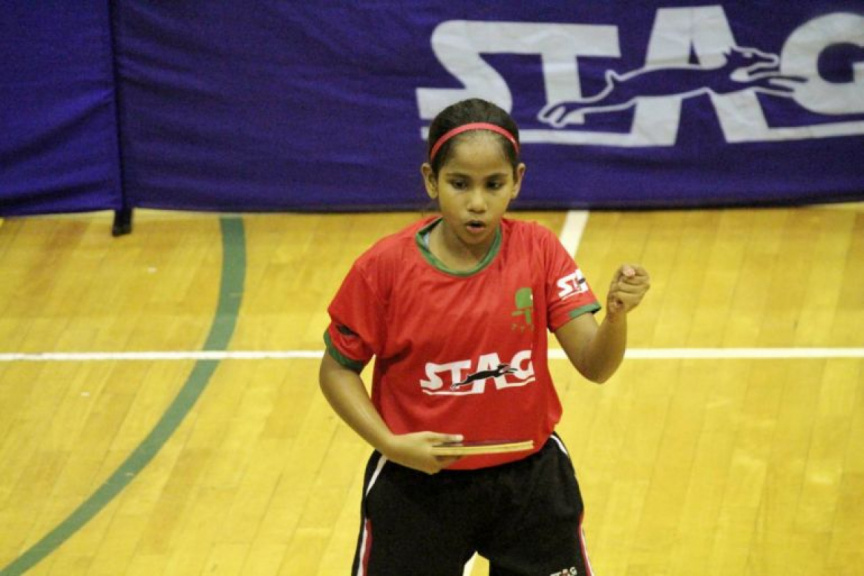 One of the most promising Maldivian youngsters in table tennis, Dheema Ali has been ranked eighth in the International Table Tennis Federation (ITTF)'s youth rankings.

The Maldivian youngster ranked eighth internationally in the rankings for the under-15 category with 1,028 points accumulated. She also ranked 41st in the single category for under-17 rankings.

Dheema, who is just 13 and has already been touted as one of the best players in the Maldives, beat players from Japan, the USA, India, and China to be ranked among the top ten players in the world in her age category of under-14.

Maldives' Sports Minister Ahmed Mahloof in a tweet congratulated Dheema on her achievements and stated that the ranking is a magnificent achievement for the Maldives, before thanking and congratulating Dheema's parents.

Dheema is currently the number one ranked table tennis player in the Maldives.

The year 2019 is so far the most successful in her career where she gave a standout performance representing the Maldives in some of the biggest regional tournaments where the Maldives won a number of gold medals.

Dheema won the gold medal for the Maldives in the Indian Ocean Island Games in the single, doubles, and team events, where she was instrumental. She also played a huge role in the SAFF Games' success where the Maldives won a medal for the first time in the sport.