Only 22 MPs show up, Speaker reminds members of their hefty earnings 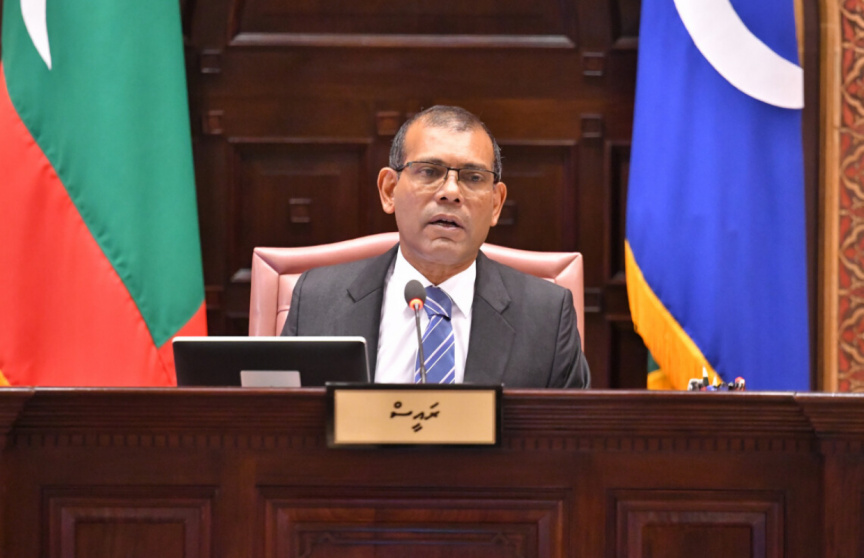 Former President and Speaker of the Parliament Mohamed Nasheed on Wednesday expressed concern over the low attendance of Parliamentarians, despite their hefty income and other allowances.

Members of the Maldivian Parliament earn a monthly income of over MVR 80,000.

Starting off the Parliament session on Wednesday, Nasheed noted that out of the 87 members, only 22 were present.

“Each member has a hefty earning. Earn much from committee allowances even. Every member takes home over MVR 80,000. Members have been elected as advocates to represent the people. Lack of attendance is unfortunate.”

Furthermore, Nasheed said taking part in the debates held, and members giving their opinion on issues was the primary purpose of the Parliament.

Unless under exceptional circumstances, Parliament sessions are normally thrice a week, on Monday, Tuesday and Wednesday.

Although an amendment was proposed to the Parliament, limiting the number of absences members can have, it was dismissed.