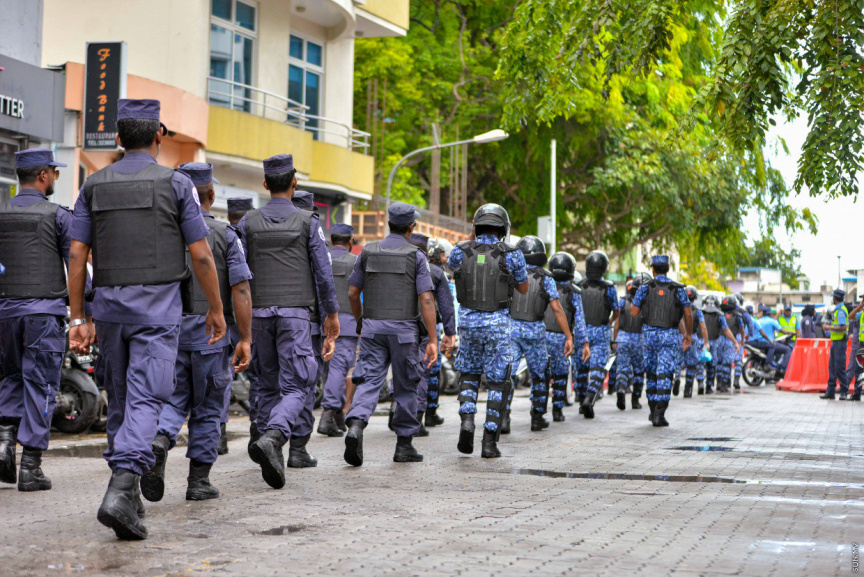 Maldives Police Service, on Tuesday night, revealed that high explosive chemicals were seized during a search of a home in the joint counter-terrorism conducted by the Police and Maldives National Defense Force (MNDF).

The operation was launched on November 7, at Addu City, Male City and K. Guraidhoo.

In a statement on Tuesday night, Police said that during searches of homes, vehicles and a dinghy linked to some of the people arrested in the operation saw the seizure of a large number of items linked to the case.

In this regard, Police said that three substances presumed to be explosive chemicals which was seized from the home of one of the arrestees when tested by MNDF’s Explosive Ordinance Disposal (EOD) had shown to have highly explosive substances. They added that MNDF’s EOD reported that small quantities of the chemical can fatally injure a human, and cause great damage to goods.

A total of 14 people were arrested during this operation; 10 from Addu City, two from Male’ City and two from Guraidhoo. Police identified all the suspects as Maldivian men.

Criminal Court remanded five of them in custody pending the outcome of trial.  They include a 20-year-old, 27-year-old, 30-year-old, 35-year-old, and 37-year-old.

In an earlier press conference - Head of Terrorism and Violent Extremism Unit, Inspector of Police Uswath Ahmed said the suspects were plotting to carry out a mass casualty terror attack in the Maldives using explosives in collaboration with the world terrorist organization, Islamic State (IS).