Finance Minister to Speaker: We have nothing to hide, bankruptcy talk used as political gambit 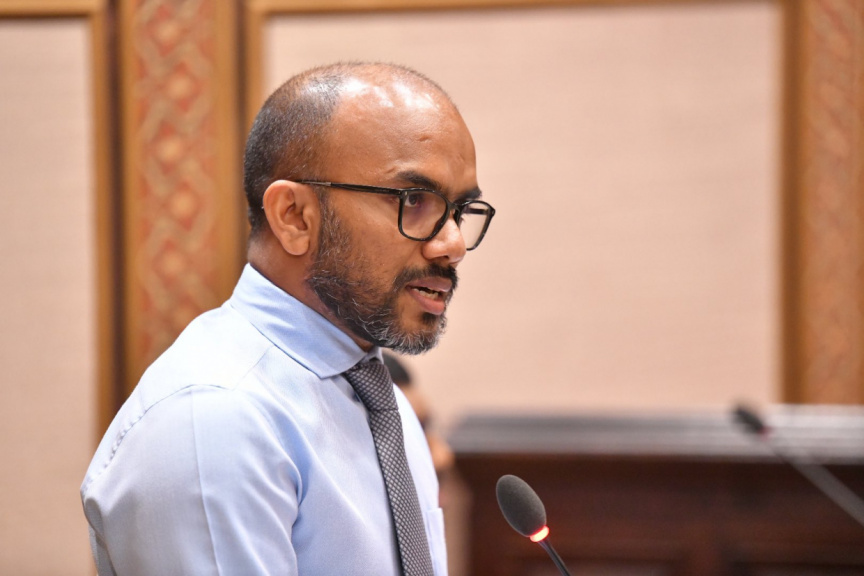 People in responsible positions are making deliberate attempts to create a negative image regarding the Maldivian economy for political gain, states Finance Minister Ibrahim Ameer, hitting back at Speaker, former President Mohamed Nasheed for comments he made earlier Monday.

Nasheed had made the comments during the parliamentary sitting on Monday morning, as MPs debate on the report by Parliament’s Budget Committee – which passed the proposed 2023 state budget last weekend.

Nasheed said the state’s foreign currency reserve was concerningly depleted, and the country did not have the funds to cover essential needs in the coming weeks and months.

He said the MPs should focus on finding out the foreign currency reserve balance, and prevent bankruptcy.

“It’s imperative to clarify the state of public finances. And it is also important to publicize this information. As we head towards this road [the road to bankruptcy] it will also be a matter of great shame for me personally if this happens while I’m in this seat,” he said.

Ameer responded to the comments in a series of tweets Monday afternoon.

“Talk of Maldives going bankrupt is nothing new. Different people are engaging in these talks for different political purposes, to weaken the government, and to diminish and muddy the achievements and progress we are making despite the challenges we have been facing,” he said.

Ameer said that Maldives had emerged from the COVID-19 pandemic as one of the fastest rebounding economies.

“We have always been saying that difficulties and challenges continue to exist. We aren’t trying to hide it. All the statistics are there for all to see,” he said.

Ameer said the government was taking measures manage various challenges, including those posed by the Russia-Ukraine war.

“By the Grace of Allah, the future of the Maldivian economy is prosperous,” he said.