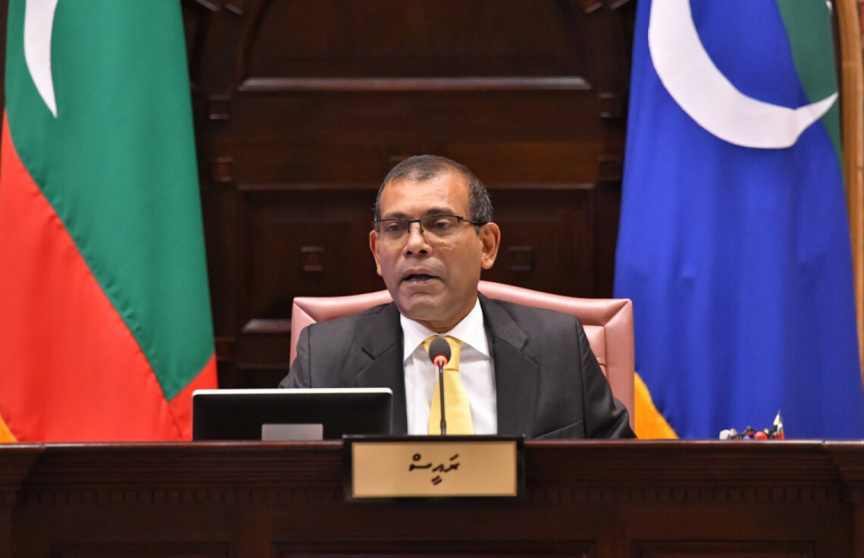 The balance of the state’s foreign currency reserve is low and it is not something that should be overlooked, states Speaker, former President Mohamed Nasheed.

Nasheed made the comment during the parliamentary sitting on Monday, as MPs debate on the report by Parliament’s Budget Committee – which passed the proposed 2023 state budget last weekend.

Nasheed said the balance of the state’s foreign currency reserve was concerningly low.

He said Maldives did not have the funds to cover essential needs in the coming weeks and months.

“I find it will be an act of great deception to the Maldivian people if we talked about other things in this Parliament, when there are no funds for essential needs of Maldives for the coming weeks and months,” he said.

Nasheed had previously expressed concern over the MVR 5.8 billion supplementary budget the committee passed for 2022, along with the 2023 budget.

He said that while Finance Minister Ibrahim Ameer claimed the funds allocated in the supplementary budget hadn’t been spent yet, the committee report makes it clear the funds had already been spent.

This is a clear violation of the Public Finance Act, he said.

Nasheed said that MVR 5.8 billion was no small amount, and that the loss would be far greater if the Parliament failed to conduct its business within the confines of the law.